MASON CITY – A Mason City woman was taken to jail after a car crash.

Police responded to a car crash on Thursday, February 15 at about 9:54 PM at the intersection of 5th Street SW (Highway 122) and Monroe Avenue. The drivers were Tricia Hall, from Garner, and Shari Ann Kisner, from Mason City. Total damage for both vehicles was $10,000 and there were no injuries. After an investigation, Kisner, age 45 of Mason City, was arrested for operating while intoxicated, failure to obey a traffic control device, no registration and no insurance.

Kisner was jailed and released. She is due in court March 8 for a hearing. 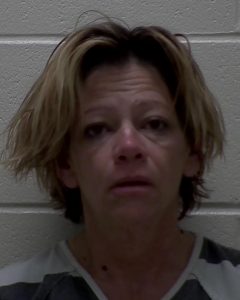