A Mason City police officer conducted a traffic stop just after midnight on Saturday, February 10 at 4th Street SW and Crescent Drive. After an investigation, the officer found that the driver, 31-year-old Timothy Philip of Mason City was driving with a revoked license due to a drunk driving arrest last September. Allegedly, he also had no insurance, interfered with the officer’s work, failed to yield to an emergency vehicle and showed signs of intoxication. Philip was arrested and taken to jail.

Philip is awaiting a February 20 plea hearing for a September 24, 2017 arrest by the Iowa State Patrol in Cerro Gordo county for drunk driving. 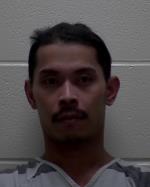