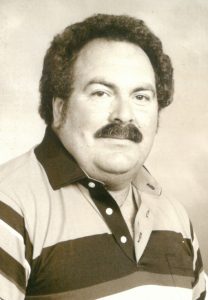 A funeral service will be held Friday, January 26, 2018 at 11:30 a.m. at Hauser Funeral Home with Pastor Russ Leeper of Saint John Evangelical Lutheran Church in Charles City officiating. Burial will be at Riverside Cemetery in Charles City, Iowa.

A gathering of family and friends will be one hour prior to the service on Friday at Hauser Funeral Home.

Gordon Fred Niemann, the son of Robert and Margaret (Foelske) Niemann, was born May 7, 1948 in Bremer County, Iowa. He attended schools in Waverly and graduated from Waverly High School. After graduation, Gordon assisted Terry Meyer for many years on his farm. Gordon worked for John Deere Foundry from 1966 until his retirement in 1994.

Gordon was a hard worker and would help anyone who needed it. He loved to do water sports and being on the water. He enjoyed fishing, hunting, and collecting John Deere items. He also loved going to the Iowa State Fair every year and attending every day of the fair. Gordon was a member of Saint John Evangelical Lutheran Church in Charles City.

Living family members include his sister, Bonnie Jo Marth of Mason City; and Georgia Brown’s daughter Lynda (Terry) West of Charles City.
He was preceded in death by his parents; brother, Gary Niemann; and special friend of 35 years Georgia Brown.