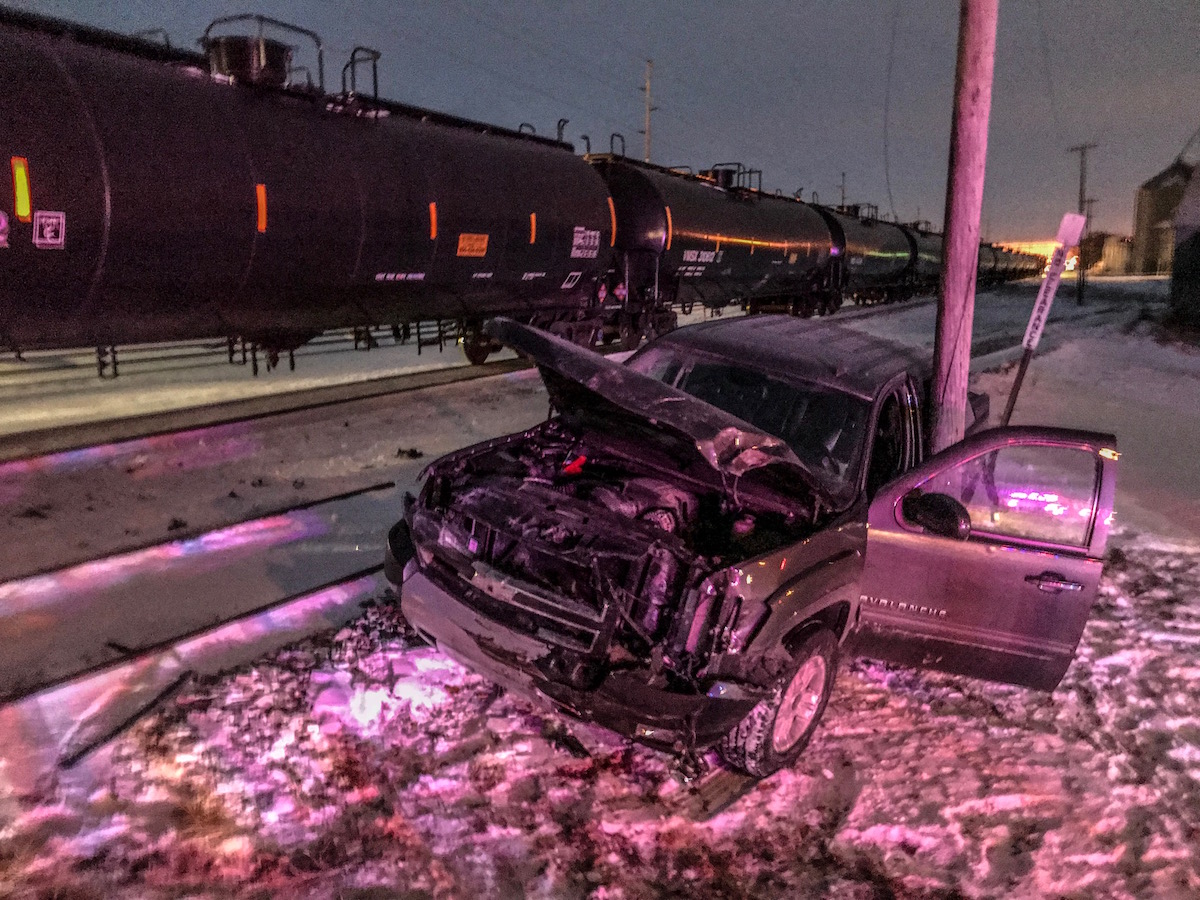 CLEAR LAKE – A Clear Lake man escaped injury Thursday morning after his vehicle was struck and dragged by a train.

Upon arrival, the Clear Lake Fire Department reported a dark gray Chevy Avalanche traveling northbound on Buddy Holly Place had collided with an eastbound Canadian Pacific Train hauling ethanol. The Chevy Avalanche collided with the locomotive, dragging it approximately 10-15 yards down the track before coming to rest with a power pole.

The driver of the Chevy Avalanche, 26-year-old Robert Schick of Clear Lake, was not injured.

The accident remains under investigation by the Clear Lake Police Dept and the Canadian Pacific Railroad.

The CLFD was assisted on Scene by the CLPD and Canadian Pacific Railroad.