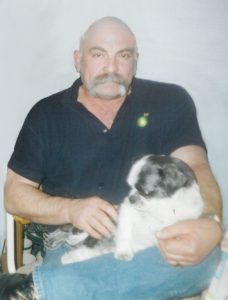 John Richard Carr, the son of Richard and Judy (Fulton) Carr, was born December 16, 1948 in Dayton, Ohio. He received his education in Brookville, Ohio, graduating from Brookville High School. John started working in the trucking industry at a fairly young age and before his retirement was most recently employed by Swift Packing Company.

John loved clocks and trains. He would help anyone out who needed it, even giving them the shirt off his back if necessary. John enjoyed spending time with his family and was considered a wonderful son and brother.

He was preceded in death by his father and canine companion, Freddy Bear.
Hauser Funeral Home, (641) 228-2323, in Charles City, is in charge of local arrangements. Online condolences may be left for the family at www.hauserfh.com.