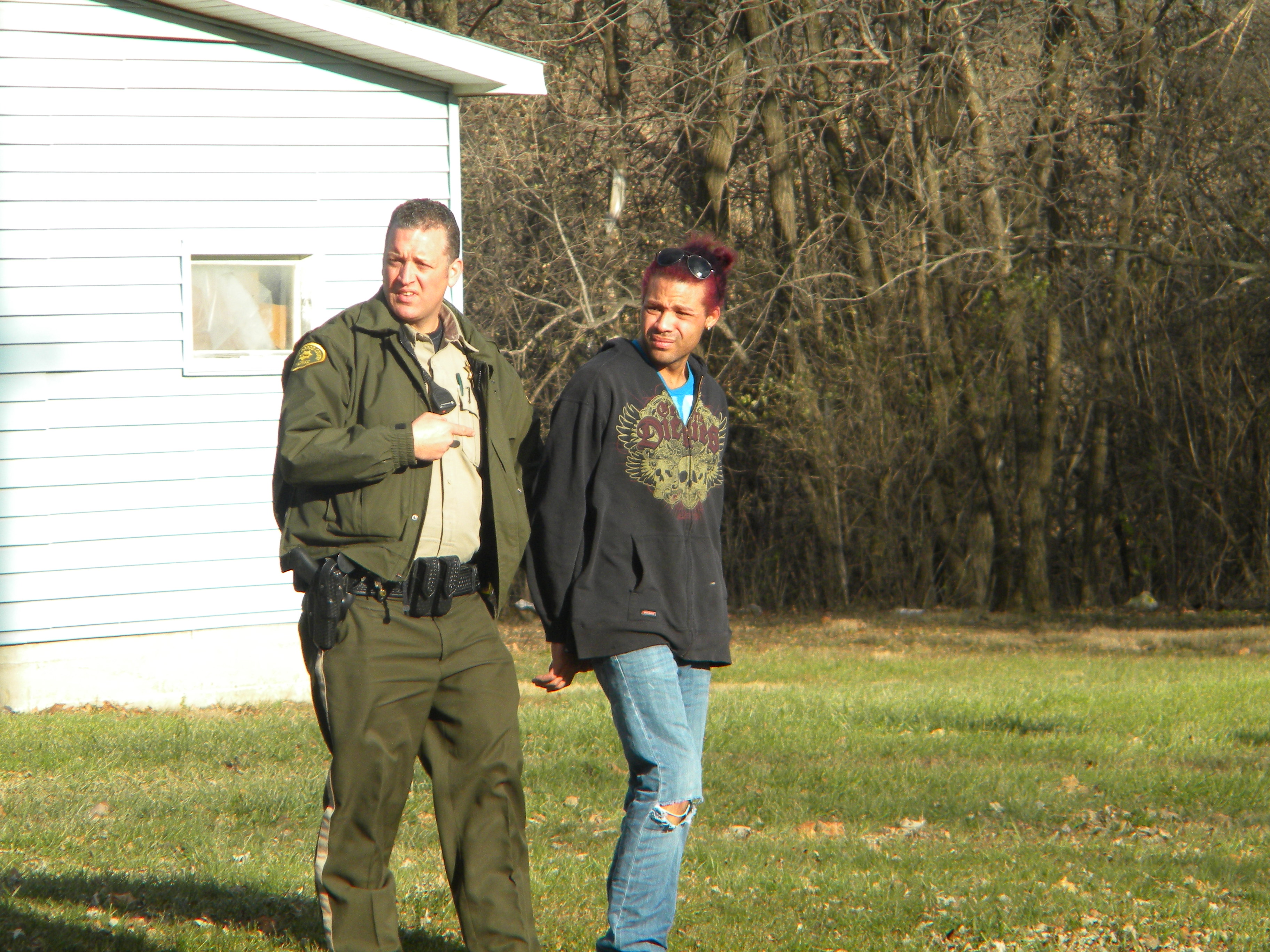 MASON CITY – A man was taken to jail Friday in Mason City after he allegedly committed an armed robbery of a cell phone from another person.

According to information relayed to NIT, the alleged crime was committed on the afternoon of Friday, December 1.  At about 1:29 PM, police were called to investigate an armed robbery at 203 15th Street NE in Mason City.  Mason City police and Cerro Gordo county deputies responded to the scene, where an investigation then took place.

Allegedly, a male victim ran into the Family Dollar store on North Federal Avenue to use the phone. He claimed to have been robbed of his cell phone and some other things, while a knife was held to his neck, said a witness that was there at the time.

Soon thereafter, a suspect, 28-year-old Zachary Michael Russell, was located at 1605 N. Pennsylvania Avenue and questioned.   Police were talking to witnesses and walking around the house to try and find what was stolen. Russell was soon arrested, handcuffed and taken to jail on a charge of felony first degree robbery.

It was said later that the phone was a US Cellular flip phone.

Another source who lives nearby to the crime scene tells NIT that “people are in and out of that house at all hours of night…  it probably stinks in there because they have had dogs in there for the past year.”