Grassley: Tax relief on the way for Iowans

WASHINGTON – Sen. Chuck Grassley of Iowa, a senior member and former chairman of the Senate Finance Committee, voted for landmark tax reform legislation, the Tax Cuts and Jobs Act of 2017, which was approved Thursday by the committee and now goes to the full Senate for consideration. 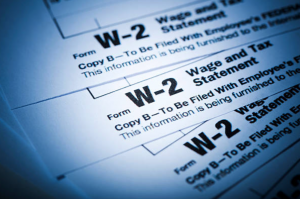 “Tax reform legislation also repeals Obamacare’s individual mandate tax. Obamacare has failed in Iowa, and there is now only one insurance company remaining on the individual market. This has left Iowans to face skyrocketing premiums and out-of-pocket-expenses. Iowans who have decided that Obamacare is too expensive for them are penalized by the federal government. More than 52,000 Iowans in 2015 were forced to pay the individual mandate tax, even though more than 80 percent of those who paid the tax made less than $50,000 a year. That’s a tax on working families, and this legislation does away with it.

“Modernizing the tax code is a once-in-generation opportunity that hasn’t been accomplished since Ronald Reagan was President. Tax reform will provide middle class Americans with financial relief, make U.S. industry and workers more competitive, create jobs across the country, and get the economy growing again after years of stagnation. There’s still work to be done. The legislation now goes to the full Senate and will have to be reconciled with legislation passed by the House of Representatives. This is a historic opportunity to help Americans from every walk of life. I look forward to working with my colleagues in both chambers to deliver on our promise for middle class tax relief.”

As chairman of the Senate Finance Committee, Grassley previously led through Congress $2 trillion in bipartisan tax relief, leaving more money in workers’ pockets, reducing tax rates across the board and spurring economic growth and activity. Congress later made permanent the vast majority of the Grassley-led measures with significant bipartisan support.

Descriptions of Grassley’s successful amendments to the Tax Cuts and Jobs Act are below.

2)     To improve the IRS Whistleblower Program.
Under current law, IRC Section 7623 provides for awards to be paid to whistleblowers who provide information that leads to collection of taxes that may otherwise go unpaid. This amendment seeks to clarify the basis for such awards by providing a definition for “proceeds”. For purposes of IRC section 7623, proceeds would be defined to include: “(A) taxes, penalties, interest additions to tax, and additional amounts provided under the internal revenue laws, and (B) any proceeds arising from laws for which the Internal Revenue Service is authorized to administer, enforce, or investigate including (i) criminal fines an civil forfeitures, and, (ii) violations of reporting requirements.” Moreover, it would amend the disputed amount threshold in 7623(b)(5)(B) so that the $2 million threshold is based on the “proceeds” (as defined above) in dispute.

3)     To increase the time period in which taxpayers may seek to have proceeds from the sale of wrongfully levied property returned to them.
The IRS is authorized to levy on property to satisfy a tax debt in certain instances. While the IRS is authorized to return property at any time, it is only authorized to return the monetary proceeds from a sale for up to nine months from the date of the levy. Similarly, if a third party believes the property levied or seized belongs to him/her and not the person against whom the tax is assessed, the third party generally only has nine months from the time of the levy to bring an administrative wrongful-levy action to seek the return of monetary proceeds. In many cases the nine month period is insufficient for individuals and third parties to discover a wrongful or mistaken levy and seek to remedy it. Consistent with section 202 of S. 1793, the Taxpayer Bill of Rights Enhancement Act of 2017, this amendment would extend from nine months to two years the time period that individuals and third parties have to seek the return of proceeds on the sale of wrongfully levied property.

4)     Individuals held harmless on improper levy on retirement plans.
Under present law, if the IRS improperly levies on an IRA or an employer sponsored plan, the individual owning the retirement account may not be made whole, even if the IRS returns the amount levied, with interest, because the individual may lose the opportunity to have those funds accumulate on a tax-favored basis until retirement. Consistent with section 302 of s. 1793, the Taxpayer Bill of Rights Enhancement Act of 2017, this amendment (1) holds the taxpayer harmless by permitting an individual to recontribute wrongfully levied amounts to an IRA or employer sponsored plan without regard to contribution limits, (2) abates any tax that may have been applied with respect to the distribution made as a result of the wrongful levy if recontributed to the IRA or employer sponsored plan, (3) and expands the instances where the IRS must pay interest on amounts returned as a result of a wrongful levy.

5)     Government Settlement Transparency Act.
This amendment, consistent with S. 803, Government Settlement Transparency Act, would expand provisions relating to the nondeductibility of fines and penalties to prohibit a tax deduction for any amount paid or incurred to, or at the direction of, any governmental entity relating to the violation of any law or the investigation or inquiry into a potential violation of law. The bill exempts from such prohibition: (1) restitution or amounts paid to come into compliance with any law that was violated or otherwise involved in the investigation or inquiry, (2) amounts paid pursuant to a court order in a suit in which the governmental entity was not a party, and (3) amounts paid or incurred as taxes due.