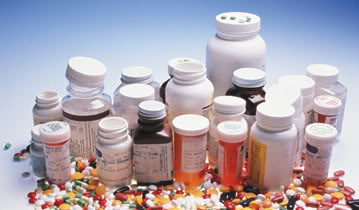 WASHINGTON – Americans nationwide did their part to reduce the opioid crisis by bringing the DEA and its more than 4,200 local and tribal law enforcement partners a record-setting 912,305 pounds—456 tons—of potentially dangerous expired, unused, and unwanted prescription drugs for disposal at more than 5,300 collection sites. That is almost six tons more than was collected at last spring’s event.This brings the total amount of prescription drugs collected by DEA since the fall of 2010 to 9,015,668 pounds, or 4,508 tons.

Now in its 8th year, National Prescription Drug Take Back Day events continue to remove ever-higher amounts of opioids and other medicines from the nation’s homes, where they could be stolen and abused by family members and visitors, including children and teens. The DEA action comes just days after President Donald J. Trump announced the mobilization of his entire Administration to address drug addiction and opioid abuse by directing the declaration of a Nationwide Public Health Emergency to address the opioids crisis.

“More people start down the path of addiction through the misuse of opioid prescription drugs than any other substance. The abuse of these prescription drugs has fueled the nation’s opioid epidemic, which has led to the highest rate of overdose deaths this country has ever seen,” said Acting Administrator Robert W. Patterson. “This is a crisis that must be addressed from multiple angles. Educating the public and removing these medications from households across the Unites States prevents misuse where it often starts.”

This year, DEA worked with its tribal law enforcement partners to set up 115 collection sites on tribal lands. Opioid addiction impacts Native American communities just as it does all parts of American society. By partnering with FBI, BIA, and tribal law enforcement, the DEA was able to greatly expand tribal participation in the Take Back program. DEA remains committed to supporting public safety in American Indian and Alaska Native communities.

This initiative addresses a vital public safety and public health issue. Medicines that languish in home cabinets are highly susceptible to diversion, misuse and abuse. Rates of prescription drug abuse in the U.S. are alarmingly high, as are the number of accidental poisonings and overdoses due to these drugs. Studies show that a majority of abused prescription drugs are obtained from family and friends, including from the home medicine cabinet. DEA launched its prescription drug take back program when both the Environmental Protection Agency and the Food and Drug Administration advised the public that their usual methods for disposing of unused medicines—flushing them down the toilet or throwing them in the trash—posed potential safety and health hazards.

Helping people to dispose of potentially harmful prescription drugs is just one way DEA is working to reduce the addiction and overdose deaths plaguing this country due to opioid medications.

Complete results for DEA’s fall Take Back Day are available at www.deatakeback.com. DEA’s next Prescription Drug Take Back Day is April 28, 2018.