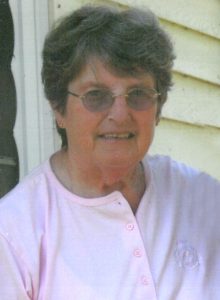 LaVon Endelman, 76, of Charles City, passed away Sunday, October 8, 2017 at the Muse Norris Hospice Inpatient Unit in Mason City of natural causes.
A memorial service for LaVon Endelman will be held 1:30 p.m. Tuesday, October 17, 2017 at Trinity United Methodist Church in Charles City with Pastor Jim Beranek officiating. A gathering of family and friends will be one hour prior to the service at the church on Tuesday.

LaVon Lena (Muller) Endelman, the daughter of John H.A. and Etta (Bruns) Muller, was born April 10, 1941 in rural Dumont, Iowa where she attended school. On September 28, 1956, she was united in marriage to Roland Endelman at the Little Brown Church in Nashua. After living in Allison for about one year they moved to rural Charles City where they built their home.

LaVon worked at Clark Produce for a few years and then for the USDA for 21 years as a federal egg inspector at Hill and Dale Farms Egg Processing Plant in New Hampton. When her job was transitioned, LaVon took early retirement and enjoyed staying at home oil painting, crocheting and going to Leach Lake, Minnesota fishing. Roland and LaVon also wintered in South Texas for 16 years.

LaVon was a member of Trinity United Methodist Church in Charles City. She enjoyed going to flea markets and antique shows looking for things to add to her collection of doll dishes. Most of all, LaVon loved spending time with her grandson, Levi, other family members and friends.

She was preceded in death by her parents; son, Kevin on March 22, 2016; two brothers: Walter Muller and Johnny Muller; sister, Esther Unrch; and brother-in-law, Elwood Geiken.

In lieu of flowers the family suggests memorials to a charity of the donor’s choice.