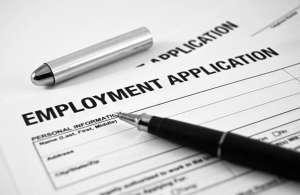 DES MOINES – Gov. Kim Reynolds congratulated Whirlpool on Wednesday after learning of the company’s intention to hire at least 500 new Iowa workers by the end of August:

“Whirlpool’s hiring announcement this week is another in a string of victories for Iowa’s economy. We’re always looking for opportunities to build a better Iowa.

This announcement comes on the heels of some of the best economic news for our state in decades. The June jobs report showed 11,200 new jobs added in Iowa. That’s the largest jump in new jobs since June 1994.

As governor, I have the privilege of traveling to each of Iowa’s 99 counties, meeting with business and industry leaders. They’re growing. But they also need our help.

A lack of skilled workers is a barrier for them to expand at the rate they think they can.

That’s why I’ve made it one of my four goals to train Iowans for the jobs of tomorrow. By getting people the skills they need to succeed, we increase their incomes and positively impact our economy.

Again, I congratulate Whirlpool on this exciting announcement and thank them for choosing to grow in Iowa.”