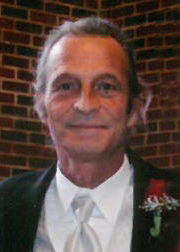 Farming was among Ron’s first few jobs, and even though he worked several jobs in between, Ron was happy to return to farming; working at Rottinghaus Farms up until his death. Ron was always described as a “happy guy”. He loved to play pool, cribbage, backgammon, foosball, and cards. Many will remember him dancing with his “happy feet”. Ron also enjoyed fishing with his grandchildren and watching their sporting events.

He was preceeded in death by his parents; step-mother: Harriet Holzer; sisters: Sandy Dohlman and Jean Bensend; and brother-in-law: Wendell Dohlman.