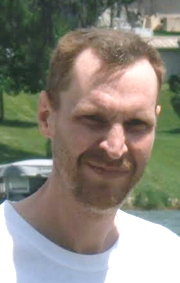 Joseph Dean Davis, the son of George Davis and Sharon (Dybal) McBride, was born April 28, 1965 in Eldora, Iowa. He graduated from Eldora High School in 1983 and moved out to California. Joe lived in the Sacramento and Oceanside areas working mainly as a cook in restaurants before moving back to Iowa in 2002 and settling down in Charles City.
Joe enjoyed watching sports (especially the Iowa Hawkeyes), listening to music and playing guitar. He also loved spending time with his family, especially playing video games with his nephew, Tristen.

He was preceded in death by his mother, Sharon McBride in 2016; brother, Jeff Davis in 2013; both sets of grandparents; and his step-father, John McBride in 2010.
Hauser Funeral Home, (641) 228-2323, in Charles City, is in charge of local arrangements. Online condolences may be left for the family at www.hauserfh.com.