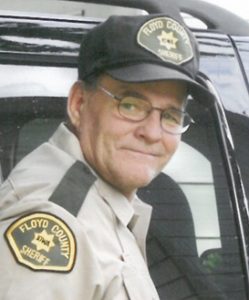 Robert “Bob” McDonald, 70, of Charles City, passed away Tuesday, March 7, 2017 at home with his loving family by his side.

A memorial service for Bob McDonald will be 2:30 p.m. Saturday, March 11, 2017 at Faith Bible Chapel in Charles City with Pastor Jason Boyd officiating.
Inurnment will be at Sunnyside Memory Gardens in rural Charles City. Military honors will be conducted by the Charles City Ceremonial Unit.

A gathering of family and friends will be Friday, March 10, 2017 at Faith Bible Chapel from 5:00-7:00 p.m. and will continue one hour prior to the service on Saturday at the church.

Robert Lyle McDonald, the son of Kyle and Helen (Watkins) McDonald, was born January 4, 1947 in Charles City, Iowa. He graduated from Charles City High School in 1966 and proudly served in the United States Army during the Vietnam Era. Bob was united in marriage to Carolyn Harman on December 6, 1969 in Charles City. This union was blessed with two daughters, Annjannette (Angi) and Robin. The couple later divorced.

Over the years Bob was employed at Oliver/White Farm Equipment Company and several other jobs. He worked at the Clark Filling Station, Goodyear (later E&N), Hanson Tire Service in Cresco, Appliance Center in Charles City and managed the VFW for almost 20 years. Bob was also active in the VFW, Amvets and the American Legion where he served on the honor guard. He volunteered countless hours for the YMCA, Floyd County Ambulance, Floyd County Sherriff Reserve and driving fellow veterans where they needed to go. Although Bob worked and volunteered for a majority of his life, his true passion was being an outdoorsman who loved fishing.

He was preceded in death by his parents; infant brother, Roger McDonald; and brother, Richard McDonald on December 29, 2014.