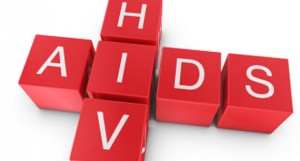 WASHINGTON, D.C. – Researchers are hopeful of a cure for HIV after treating the first patient with a promising new treatment that could kill all traces of the virus.

A partnership sparked by the National Institute for Health Research (NIHR) is behind this collaborative UK effort for the new treatment, which is a first-of-its-kind.

Six years ago this month, a meeting took place between five leading UK research establishments which resulted in a shared commitment to find a cure for HIV.

A partnership sparked by the National Office for Clinical Research Infrastructure (NOCRI), part of the NIHR, identified in that meeting that while there is research into treatment of HIV, as there is for many chronic conditions, there was no research into eradication of the disease.

Managing Director of NOCRI Mark Samuels said: “This was a meeting of some of the UK’s top medical research leaders and it was a privilege to encourage joining forces.

“We understand the power in brokering crucial relationships to pioneer health breakthroughs, and this meeting was a prime example of that.

“Together, we identified a research need which could only be achieved by creating a collaboration between these leading establishments.

“The competitive nature of the relationship between Oxford and Cambridge, spanning 800 years, is widely known, but there is also competition running across all these leading universities, particularly in terms of vying for research funding.

“Yet here was an opportunity to put that competition aside, and collaborate on a global health challenge.  As a result, the Medical Research Council awarded one of the first joint grants to these five leading biomedical research institutions.

“And in return each research centre provides its expertise to complete the jigsaw needed to find a cure for HIV – from patients, to the right doctors, the right diagnostic technology, the mathematician to analyse results and so on.  CHERUB was born.”

CHERUB (Collaborative HIV Eradication of viral Reservoirs: UK BRC) is a new approach to HIV therapeutics in the UK.

It is one of the first co-operatives of UK Biomedical Research Centres to engage internationally in one of the most exciting new fields of biomedical research – that of HIV cure.

CHERUB brings together, amongst others, clinicians, virologists, immunologists, molecular biologists and mathematical modellers under the umbrella of the NIHR.

Over 30 medical researchers attended a kick-off meeting, and it was acknowledged that so many world-leaders in the field had never been in one room together, even on the conference circuit.

This collaboration is the most significant attempt to find a cure for HIV in the UK.

And in the six years since, great progress has been made.  The ‘Kick and Kill’ study will recruit 50 HIV study participants, in which researchers activate HIV infected cells which are ‘asleep’.

By waking them and treating them with an HDAC inhibitor drug, the body’s own immune system is encouraged to fight the disease.

HIV is a virus infection that is treatable using Antiretroviral Therapy (ART). ART works by stopping HIV from copying itself and spreading. ART reduces the amount of virus in the blood stream to such low levels that it prevents the virus from being passed on to others, and gives the body’s immune system a chance to recover.

But ART alone cannot cure HIV. This is because it only works on HIV infected cells that are active, and most cells infected with HIV in the human body contain resting or sleeping virus. These cells represent an invisible reservoir of HIV, and are one of the reasons it is so difficult to cure the infection. If ART is stopped, usually the virus returns.

There is a strong interest amongst people living with HIV, as well as researchers, to look at different ways that could help to cure HIV and allow people to remain healthy without needing lifelong medication.

Sarah Fidler, Professor of HIV and Communicable Diseases at Imperial College London and co-Principal Investigator on the study, said: “This first participant has now completed the intervention and we have found it to be safe and well tolerated. Only when all 50 study participants have completed the whole study, by 2018, will we be able to tell if there has been an effect on curing HIV. Professor John Frater’s lab in Oxford will lead on the tests and assays to determine if the trial has had an effect.”

Professor Jonathan Weber, Chair of CHERUB Scientific Steering Committee and Director of Research for the Faculty of Medicine at Imperial College London, said:  “CHERUB has made great progress since it was born six years ago.  We are now actively recruiting patients to test the ‘Kick and Kill’ theory.

“NOCRI was instrumental to this research starting.  We are all thoroughly committed to finding a cure for HIV, but if the collaboration between this set of HIV researchers had not been prompted at that meeting six years ago, this simply would not have happened.”

Further information from the research team

In response to the recent attention in the media regarding the RIVER study run by the UK CHERUB collaboration, we would like to provide some additional detail.

Our study will report in 2018, and at that point we will know if the intervention has had an effect. We already know that the intervention was well tolerated in our first participant and we await the results of further participants. This is the first time that this combination has been given in a clinical trial, which we hope will be the first of many collaborations exploring HIV cure between our five universities and NHS hospital trusts, supported by the NIHR.

It is important to note that all participants involved in the study will be expected to have no HIV in their blood because they are receiving antiretroviral therapy – these are the standard drugs we use to treat HIV. Although this does not mean they have been cured as some headlines have suggested, it does mean that their immune systems will recover and that they will not transmit the virus. We look forward to reviewing the final results of this ground-breaking study, it will be at that point that we will be able to say whether any individual has responded to the intervention or been cured.