THORNTON, IOWA – A Thornton man is guilty of his third drunk driving offense after he crashed his car while driving the wrong way on a rural road earlier this year.

Cerro Gordo deputies responded to a collision at about 5:18 PM May 23 near the 4000 block of Grouse Avenue in Thornton.

Arrested at the scene was 34-year-old Joshua Daniel Egertson of Thornton. He allegedly struck a second vehicle with his vehicle and drove on the wrong side of the highway.

In August, Egertson pleaded guilty to second-offense operating while intoxicated. He was sentenced to 180 days in jail with all but 2 days suspended. He was placed on probation for 2 years, his license was revoked and he was ordered to pay $2,252.50 in fines and court fees.

Egertson was guilty of drunk driving in 2006 and 2002 in different North Iowa counties. 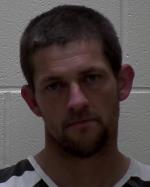