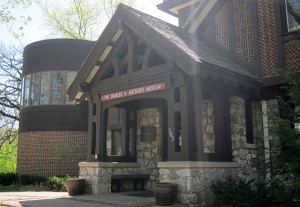 MASON CITY – The MacNider Art Museum Foundation is pleased to announce a generous gift has been given by one of its long-term supporters, Mrs. Ruth Paine. She has donated $50,000 to the Museum’s endowment fund, which will assist the Museum in its daily operations in future years.

Ruth Paine was an ardent activist for the Museum, and became a docent shortly after the Museum opened in 1966. Through the years she supported the Museum by serving on a variety of committees, including the MacNider Arts Council and other volunteer positions. She and her husband Henry were lifelong supporters of the arts as members of the Museum. The Paines valued providing arts experiences to the North Iowa Community.

The MacNider Art Museum Foundation is a private 501©3 agency whose sole purpose is to support the operations of the Charles H. MacNider Museum, which donates a percent of the interest realized in the holdings of the Foundation each year to the Museum. The Museum receives approximately one-half of it’s funding from the City of Mason City, and must find other funding sources such as grants, donations, memberships, classes, and its foundation for the remainder.