This news story was published on January 7, 2016.
Advertise on NIT • Subscribe to NIT 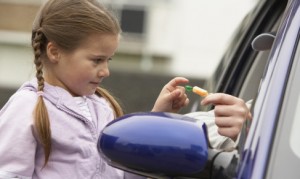 DES MOINES – It’s never a bad idea to remind parents – who should remind kids – that being wary of strangers is a good idea.

On Thursday, January 7th Polk county deputies in Des Moines took a report of a possible child enticement case that occurred near the 700 block of NE 46th Avenue in Iowa’s capitol city, Des Moines. The caller said her 16-year-old granddaughter reported that while she was waiting for her school bus Thursday at around 7:30 AM, she noticed a dark colored SUV drive past her. The driver ask her if she needed a ride. After the girl yelled “NO”, the vehicle began to turn around and drive back toward her. The girl then ran next door to her aunt’s house.

The driver is only described as an adult male (unknown race) in his 40’s or early 50’s driving a dark in color SUV.

According to the National Crime Prevention Council, kids see strangers every day in stores, in the park, and in their neighborhoods. Most of these strangers are nice, normal people, but a few may not be. Parents or guardians should talk to your children about how they should handle dangerous situations. One way is to teach them “No, Go, Yell, Tell.” If in a dangerous situations, kids should say no, run away, yell as loud as they can, and tell a trusted adult what happened right away.