Antonio Baxter Jones, age 44, pled guilty to domestic abuse assault this past June after an arrest by Clear Lake police earlier in February. A no-contact order imposed by a judge remained in affect after Jones’ guilty plea, which cost him two days in jail and $226.00 in fines and court fees. A false imprisonment charge was dismissed in the plea deal.

However, court records show Jones wouldn’t leave his victim alone, and is accused by Clear Lake police of violating the no-contact order on August 30, August 31, September 1 and September 3 of this year. Jones also failed to complete a batterer’s education program and has been wanted on arrest warrants since August 31.

The Cerro GOrdo county sheriff’s office said Wednesday that if you know the location of this subject, please contact your local law enforcement. 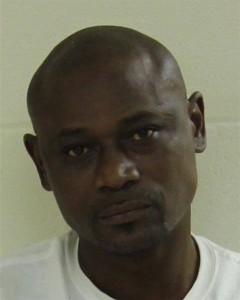