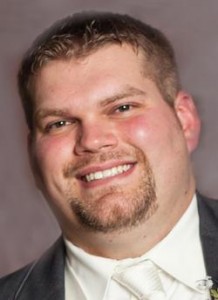 OSAGE – A man who worked in the Cerro Gordo county jail died this weekend.

A moment of silence was held Tuesday morning at the county supervisors meeting in Mason City in honor of Trevor James Williamson.

Mr. Williamson, age 30 of Osage, died suddenly on Sunday, November 15, 2015, at his home in Osage, his obituary says. He studied criminal justice at Buena Vista University, and was employed as a correctional officer with the Cerro Gordo County Sheriff’s Office since July.

Memorial services will be held at 10:00 AM Thursday, November 19, 2015, at Our Savior’s Lutheran Church in Osage with Pastor Chip Uhrmacher of Prairie Lakes Church officiating. There will be a gathering of family and friends from 4:00 to 7:00 p.m. Wednesday at the Champion-Bucheit Funeral Home in Osage.