This news story was published on August 26, 2015.
Advertise on NIT • Subscribe to NIT

RURAL CERRO GORDO COUNTY – A former Illinois woman who now lives in Mason City was jailed this week for lying to a deputy, among other offenses.

A Cerro Gordo deputy stopped a vehicle near Washington Avenue and State Street Tuesday night at about 10:30 PM. The driver, 26-year-old Reekia Marie Perry – formerly of Peoria, Illinois, then Northwood, Iowa and now living in Mason City – was found to have no driver’s license. She also could show no proof of insurance and then attempted to mislead the deputy, leading to a charge of providing false information.

Perry was arrested, taken to the county jail, and held there. Her vehicle was impounded. 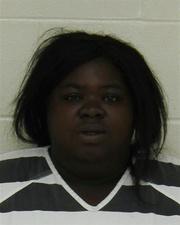 2 Responses to Former Illinois woman arrested for lying to deputy