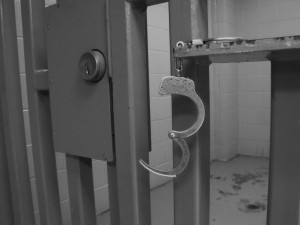 CEDAR RAPIDS – A man who previously lived in Iowa City, and operated Xtreme Construction with his wife, was sentenced last week to serve one year in federal prison.

Antonio Grangeno Zuniga, formerly of Iowa City, received the prison term after a December 23, 2014, guilty plea to one count of being found after unlawfully re-entering the United States, following removal to Mexico.

According to facts admitted by Zuniga, a Mexican citizen, he was twice previously removed from the United States, on September 16, 2011, and again on August 23, 2013. Thereafter, Zuniga unlawfully re-entered the United States and operated Xtreme Construction Company (Xtreme) with his wife, Samira Zuniga, from Iowa City.

In April 2011, nine workers employed by Xtreme were arrested by Immigration and Customs Enforcement while working for Xtreme and Eastern Iowa Construction on a roofing job in Hiawatha, Iowa. The nine workers were determined to be unlawfully in the United States. Shortly thereafter, Zuniga, his wife, and his family fled to Mexico to avoid the pending investigation. When Zuniga’s wife returned several weeks later to retrieve their belongings, she was arrested, charged, convicted, and sentenced to prison for harboring illegal aliens. Zuniga remained a fugitive until his arrest in southern California in October 2014.

Zuniga was sentenced in Cedar Rapids by United States District Court Chief Judge Linda R. Reade. Zuniga was sentenced to 12 months’ imprisonment and ordered to serve a one-year term of supervised release after the prison term. There is no parole in the federal system. Zuniga is being held in the United States Marshal’s custody until he can be transported to a federal prison.