On December 28, officers with the Charles City police department conducted traffic stop at the 1200 block of South Grand Avenue. During the traffic stop, officers determined that the driver, 42-year-old Herbert Hoover Hodge Jr. was an unlicensed driver, was intoxicated and that he possessed an open container of alcohol.

Hodge was jailed and then released the same day. He must appear in court on January 16, 2015. 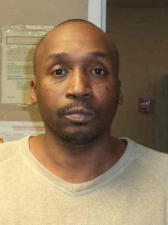