Tis the season to shoplift some nog

This news story was published on December 24, 2014.
Advertise on NIT • Subscribe to NIT

MASON CITY – Why not just ask Santa for some egg nog instead of attempting to steal it?

Mason City police said today that police were called to the Hy-Vee West grocery store after store employees there stopped a shoplifter. According to police, on Tuesday afternoon at about 3:31 PM, 28-year-old Rebekah Marie Huebsch formerly of Osage was stopped by a Hy Vee West store employee after allegedly placing some items in a sack of merchandise she had just paid for and then left the store without paying for the additional merchandise.

The unpaid merchandise was less than $200 in value. Police said she tried to steal a carton of chocolate egg nog and a bottle of some type of alcohol. Huebsch was charged with 5th degree theft. She was unable to verify a local address and was jailed. 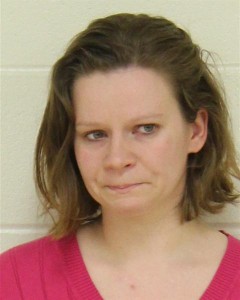 4 Responses to Tis the season to shoplift some nog