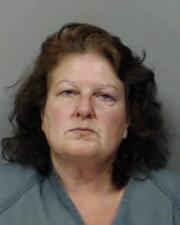 CEDAR RAPIDS – A woman who sold synthetic drugs commonly called “K2” and “bath salts” was convicted by a jury today after a 3-day trial in federal court in Cedar Rapids.

The evidence at trial showed that Ramos sold a drug called XLR-11 under various brand names including “Mr. Nice Guy,” “Mr. Happy,” “Diablo,” “Insane,” “Hydro,” “LOL,” and “777.” XLR-11 is a synthetic cannabinoid similar to THC, but the substances were labeled as incense or potpourri. Ramos also sold a drug called Alpha-PVP under the brand name “Blue.” Alpha-PVP is a form of synthetic cathinone, which is a stimulant similar to methamphetamine or cocaine. The “Blue” substance was labeled as scouring powder, and sold by Ramos for $50 per jar, despite the fact that Alpha-PVP has no cleaning properties. Each jar of “Blue” contained less than half a gram of powder.

Sentencing before United States District Court Chief Judge Linda R. Reade will be set after a presentence report is prepared. Ramos was taken into custody by the United States Marshal after the verdicts were returned and will remain in custody pending sentencing. Ramos faces a possible maximum sentence of 80 years’ imprisonment, $4,000,000 in fines, $400 in special assessments, and a lifetime of supervised release following any imprisonment.