MASON CITY – Police apprehended a Marshalltown man early Sunday after they say he attempted to burglarize a Mason City business.

Mason City police said Monday that on Sunday morning at about 2:16 AM, officers were dispatched to check on a burglary alarm at Charlie’s Auto, located at 818 South Federal Avenue. When officers arrived, a man was located in the parking lot area of the business. The man was immediately detained by an officer while other officers checked the security of the business.

After the investigation was complete, the suspect, Hussein Jamal Muwonge, age 26, of Marshalltown, was arrested for burglarizing the business. Muwonge was charged with felony D third degree burglary, which is punishable by up to five years in prison and a $7,500 fine.

Muwonge was held at the Cerro Gordo County Jail on $5,000 bond.

Muwonge had a felony theft charge against him dismissed in 2011, and plead guilty to third degree theft in Marshall county last year. 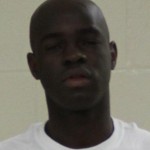