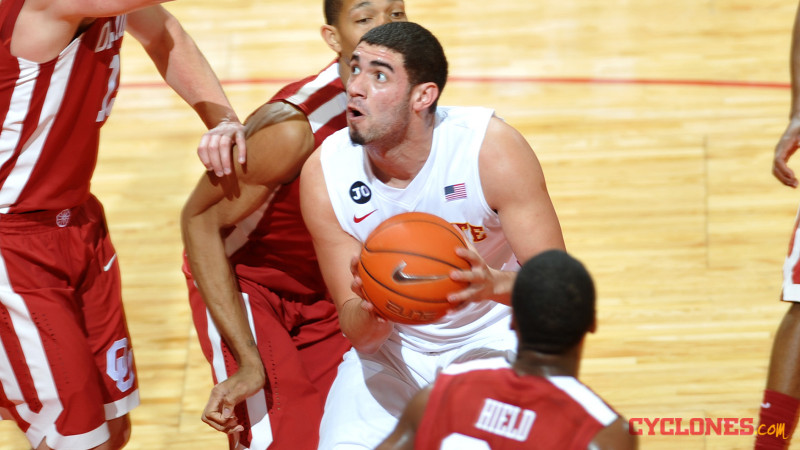 Niang bailed out the Cyclones numerous times to help stave off potential OU comebacks. Ejim, meanwhile, tied his career-high in rebounds with 16 en route to his 28th career double-double.

After falling behind 10-4, the Cyclones went on a 16-2 run to go up 20-12 midway through the first half. Niang had seven points and Matt Thomas buried a pair of treys to help the Cyclones take control.

Buddy Hield had the hot hand for the Sooners, cutting the Cyclone lead to 29-28 on his third 3-pointer in the first period. Hield ended the first half with 18 points, as the game was tied 37-37 at the break.

OU then hit back-to-back treys to make it 62-58 ISU with 5:51 left in the contest. On cue, however, Niang answered with a conventional 3-point play followed by a fast-break layup from Monte Morris to push the Cyclone lead back up to nine points (67-58).

Niang then came up big again. First he hit a cutting Ejim for a wide open layup then he buried a long trey on ISU’s next possession to give ISU a 76-70 lead with 0:50 seconds left.

Ejim was a monster on the boards, almost grabbing almost half of the team’s rebounds with 16 to go along with his 22 points.

Discuss it now. Visit our Facebook page to have your say on the turning point of today’s game.

Georges Niang led the Cyclones in scoring for the seventh time this season with a career-high 27 points. Niang went 10-of-16 from the field and was 3-of-7 from 3-point range en route to his 40th career double-digit game.

Niang’s 3-pointer with :50 seconds left gave ISU a six-point lead and the adequate cushion to keep the Cyclones out in front.