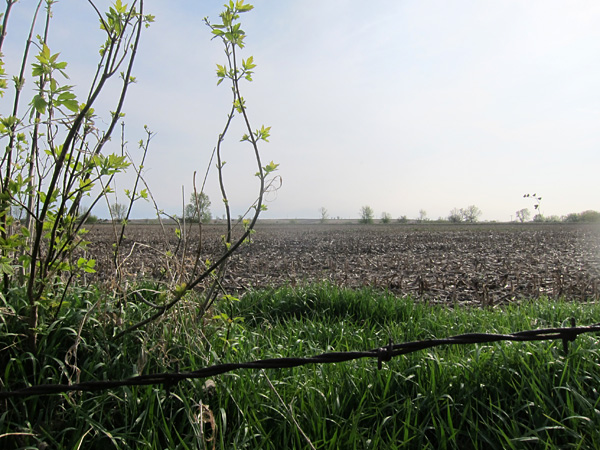 AMES – Average Iowa farmland value is estimated to be $8,716 per acre, an increase of 5.1 percent from 2012, according to results of the Iowa Land Value Survey conducted in November. Values increased in 2013 for the fourth year in a row and achieved historic peaks. The increase is similar to results of other recent Iowa farmland value surveys, including the Federal Reserve Bank of Chicago and the Iowa Chapter of the Realtors Land Institute surveys.

Scott County, with an estimated $12,413 average value for all farmland, saw the highest average county values in the Iowa State survey. Scott County also had the highest percentage increase and highest increase in value, 12.45 percent and $1,374 respectively, of the 99 Iowa counties. The Northwest Crop Reporting District reported the highest land values at $10,960, which was a decrease of $445 (3.9 percent) from 2012. O’Brien County showed the highest dollar decrease in 2013 of $478. Osceola, Dickinson and Lyon counties along with O’Brien County all shared the greatest percentage decrease in 2013, with 3.72 percent.

“The 2013 land value survey shows a market in flux, with strong and weak price sales occurring at the same time,” said Michael Duffy, Iowa State economics professor and extension farm management economist who conducts the survey.  “The key question is if this shows the market is going to settle, if it is just pausing before another takeoff in values, or if the market has peaked and due for a correction.”

Duffy said examining some causes for the current increase in farmland values and the reactions is helpful in assessing the situation. Farmland values are highly correlated with gross farm income. A majority of the survey respondents were concerned about income. Over three-fourths, 76 percent, of the respondents cited lower commodity prices as a negative factor affecting the land markets. Data show the rate of increase in land values slowed and commodity prices started dropping after June 2013.

There are many competing forces that will influence prices over the coming years. The Iowa State economist goes on to say, for now it appears there are more factors that will lead to lower prices as opposed to returning to levels of the past few years.

“Farm income is a strong indicator for the direction land values will go, but there are other factors as well,” Duffy said. “Interest rates remain low, but the percent of respondents who reported less sales than in 2012 was the highest it’s been since 1985.

The odds are against a major collapse in land values. But, if projections of a new lower level for commodity prices hold, then Duffy believes we should expect land values to drop. The economist said many respondents commented that the current situation might be a plateau.
Overview of 2013 Iowa land values

The Iowa Land Value Survey was initiated in 1941 and is sponsored by the Iowa Agriculture and Home Economics Experiment Station, Iowa State University. Only the state average and the district averages are based directly on the Iowa State survey data. The county estimates are derived using a procedure that combines survey results with data from the U.S. Census of Agriculture.

The survey is based on reports by licensed real estate brokers and selected individuals considered knowledgeable of land market conditions. The 2013 survey is based on 476 usable responses providing 674 county land value estimates. The survey is intended to provide information on general land value trends, geographical land price relationships and factors influencing the Iowa land market. It is not intended to provide an estimate for any particular piece of property.