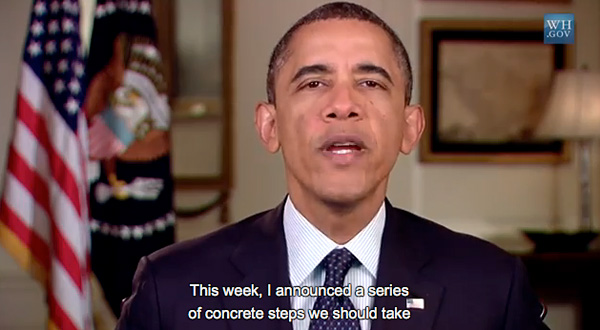 WASHINGTON – President Obama reiterated his commitment to do everything in his power to implement a series of common sense measures that would reduce gun violence in America. The President started off that effort with 23 concrete actions his Administration is taking immediately under its existing legal authority. But to have a lasting impact, Congress must join the administration by passing common sense laws like requiring a universal background check for anyone trying to buy a gun, and restoring a ban on military-style assault weapons and a 10-round limit for magazines. If they do that, we can respect the Second Amendment rights of law-abiding citizens while helping to keep the irresponsible few from causing massive harm.