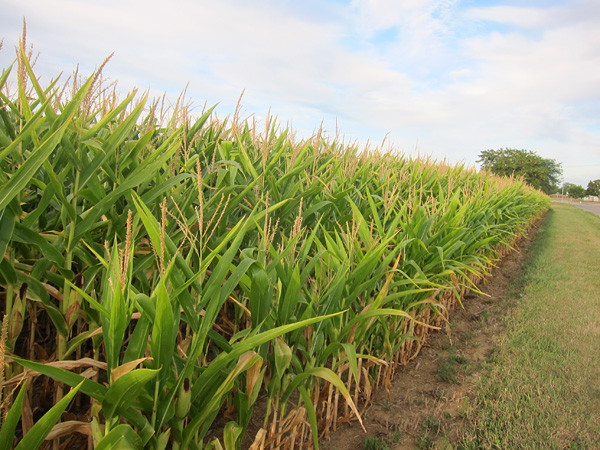 Thanks in part to highly subsidized federal crop insurance, many corn and soybean farmers will make more money in this catastrophic drought year than they would have if their crops had received normal rainfall.

“You will find winners and losers as prices and yields sort themselves out,” said Tom Zacharias, president of National Crop Insurance Services, a trade group that represents the 16 private companies that provide federal crop insurance.

The winners will be the grain farmers and the insurance companies, and the losers will be the taxpayers, according to Craig Cox of Ames, a vice president of the Environmental Working Group, a leading crop insurance critic.

Much of the risk inherent in federal crop insurance, as the name implies, is borne by the federal government.

Not only do taxpayers pay more than 60 percent of the cost of insurance premiums, they also pay about $1.3 billion a year to defray administrative and operating expenses of the approved insurance providers. The government also pays a substantial portion of the indemnity payments — a portion that increases dramatically as losses mount, as they surely will during the worst grain belt drought in at least 50 years.

The total cost to the government of crop insurance was $11.3 billion last year, “and it will be substantially more than that this year,” said Cox.

Responsibility for indemnity payments is apportioned on a complex sliding scale that puts an increasing burden on the federal government when payments escalate.

In the worst case scenario — claims totaling $30 billion — the federal government would be responsible for $23 billion, according to Gary Schnitkey, an agricultural economist at the University of Illinois.

Cox said the system is set up so it would be hard for the insurance companies to lose money.

“Everyone is pretty well served by it except taxpayers,” said Bruce Babcock, an agricultural economist at Iowa State University in Ames and the author of a 2011 report for the Environmental Working Group titled “The Revenue Insurance Boondoggle: A taxpayer-paid Windfall for Industry.”

Even taxpayers are well served, according to Zacharias, who said the system provides the financial stability farmers need to bounce back from a disaster, assuring their ability to provide food security.

‘Better off with a crop’

To critics who contend that crop insurance has provided a windfall for corn and soybean producers, Zacharias said he knows many farmers who prayed for rain this year but none who prayed for drought.

Farmers “may be getting paid better than someone else thinks they should, but the (crop insurance) program is working exactly the way it was intended,” said Art Barnaby Jr., a farm economist and risk management expert at Kansas State University in Manhattan.

“You are always better off with a crop than without one,” Barnaby said.

There are exceptions to that statement, according to Babcock, Cox and Schnitkey.

Asked if some farmers who lost much of their corn crop to the drought will actually make more money than they would have under normal rainfall conditions, Schnitkey said, “That could happen.”

“They would have to have a high level of loss, revenue-protection insurance and not done much forward marketing,” he said.

The introduction of revenue protection insurance, which now covers 80 percent of the nation’s insured acreage, results in windfall profits for farmers, Cox said.

Revenue protection crop insurance, which has become the industry standard, provides coverage against lost revenues caused by low yields, low prices or both.

Though the system itself is complicated, its revenue guarantee formula is fairly simple: The farmer’s average production history (measured in bushels per acre) is multiplied by the price of the crop and by the coverage level, which can range from 50 to 85 percent, with 80 percent the standard in the grain belt.

The projected corn price, based on the February average of December new-crop futures prices, was $5.68 per bushel this year.

The harvest price, established by averaging the new crop futures price during October, has yet to be determined but will likely be well over $8.

Last year, federal crop insurance paid out a record $10.8 billion. This year’s indemnity payments, though far from determined, will range from $20 billion to as much as $30 billion, according to both Cox and Schnitkey.

Farmers paid about $4 billion in premiums, with taxpayers paying the other $6.7 billion, Barnaby said.

Schnitkey said farmers who benefit disproportionately are not gaming the system.

“It is a quirk of the system,” he said, that farmers who planted corn with expectations of $5 per bushel will likely be paid more than $8 a bushel for corn they didn’t grow.

Schnitkey said there is no danger that any of the 16 approved crop insurance providers will be unable to meet their financial obligations.

Even without crop insurance proceeds, farmers who managed to raise a respectable crop will do well this year, Babcock said.

“Profits to the corn sector will be high,” despite the drought, he said.

Projections of a 25 percent yield reduction have pushed corn prices up roughly 50 percent, primarily because the nation’s corn supply has fallen to perilously low levels. Accordingly, the value of the 2012 corn crop, shrunken as it has been by the drought, is 25 percent higher than it would have been had normal growing conditions prevailed, Babcock said.

“U.S. corn farmers will make more money” than they would have made with normal weather and yields. “Then add crop insurance on top of that,” he said.

In May, the U.S. Department of Agriculture projected record corn production of 14.8 billion bushels, with a record average yield of 166 bushels per acre. In its Aug. 10 assessment, the USDA forecast national corn production at 10.8 billion bushels, down 27 percent from the May projection and down 13 percent from the preceding year. The USDA pegged the average yield at 123.4 bushels per acre.

The report said corn prices could reach $8.90 per bushel, well above planting season projections in the $5 range.

A more recent Pro Farmer survey pegged the U.S. corn crop at 10.478 billion bushels, with an average yield of 120.25 bushels per acre.

The latest U.S., Drought Monitor, issued Thursday, said a wetter, cooler pattern in the Midwest has provided relief that came too late for most row crops.