Romney’s challenge will be to appear strong but personable, analysts say 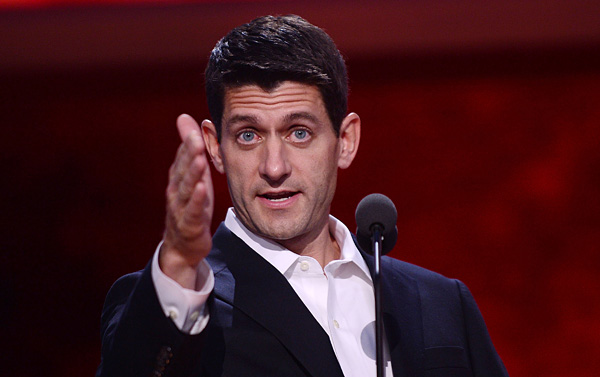 TAMPA, Fla. — When Mitt Romney stands before the Republican National Convention and the nation Thursday night, he has to come across as both old Mitt and new Mitt.

Before he started his presidential journey five years ago, Romney was regarded as an easy conversationalist and collegial guy. Since then, he’s come off as cautious, perfectly pressed and prepared, a man who can make even a moment such as his “surprise” embrace of his wife on the convention stage after her speech Tuesday seem cold and scripted.

Romney’s mission is to appear as warm as his wife painted him in her address that evening. He needs to slay the image that Democrats have been crafting for months — and he’s inadvertently helped along — that he’s an insensitive, out-of-touch business executive with little feel for the plight of those who aren’t in his economic or social class.

The pre-campaign Romney enjoyed engaging others, even having fun at his own expense. In 2004, he broke into song with the Kingston Trio when he was introducing a new kind of transit-system fare card in downtown Boston. They sang “Charlie on the MTA,” a tale of a man who never returned from a trip on the system because he couldn’t afford the “one more nickel” he needed to exit. Three years later, Romney spent the first 10 minutes of an interview with McClatchy Newspapers happily talking about American Motors cars from the 1960s.

But the candidate on the stump in 2008 and in recent months has been unusually careful, his words measured, his tone serious and even solemn. Efforts at candor have produced odd-sounding observations that stand out all the more against the focus-tested campaign boilerplate. “The trees are the right height,” he said on one trip this year to his native Michigan. “The streets are just right.”

Chances are Romney will be tightly scripted Thursday, as he faces the same kind of challenge that historically confronts presidential candidates: Their convention speeches are their unfiltered introductions to the American people, the chance to leave voters with the unwavering impression that they’re ready and qualified to be the president of the United States.

At the same time, though, they have to evoke enough empathy to make those same voters think that they understand and care about them.

Romney usually charges that Obama doesn’t understand how to manage an economy, and he offers general policy points, He’ll probably detail his plan to reduce federal spending to 20 percent of the economy by the end of his first term — it’s now about 24 percent — and reduce income tax rates 20 percent across the board.

But Romney is running for president, not just chief executive officer. He “needs to explain what kind of person he really is,” said Douglas Scamman, a friend from Stratham, N.H., who’s a former speaker of the House of Representatives in that state. “He’s proven all his life he’s willing and eager to help people. He needs to explain that.”

He hoped that Romney would recall his days in France as a missionary, or the 1996 effort to find the 14-year-old daughter of Robert Gay, a partner at Bain Capital, the Boston firm that Romney co-founded.

She disappeared after attending a rave party in New York. Bain virtually shut down while employees joined the search; the daughter was found safe after a teenage boy alerted authorities to her whereabouts.

The most important thing Romney can do, his friends and associates said, is to tell stories like this and be himself. Don’t try to be like Ronald Reagan or Barack Obama, just play to his strengths.

As Dal Col put it, “People need to see him as engaging and sensible, as opposed to being a businessman.”