Ron Paul tells Republicans that his movement will endure 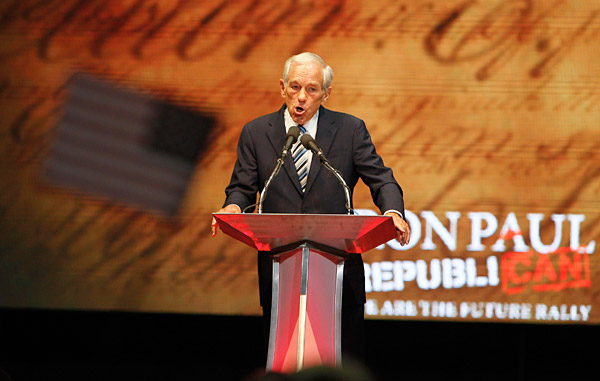 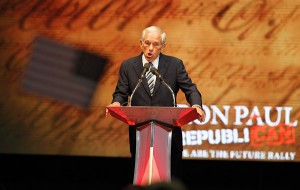 TAMPA, Fla. — Ron Paul marked the end of his presidential ambitions at a raucous rally Sunday night with a message to the Republican establishment. To those who believe that his impending retirement from Congress marks the end of the movement he inspired, he scoffed: “Don’t they only wish!”

(PHOTO: Rep. Ron Paul (R-Texas) speaks during his We are the Future Rally at the University of South Florida Sun Dome on Sunday, August 26, 2012, in Tampa, Florida.)

Paul told thousands of supporters at the University of South Florida’s Sun Dome that his followers’ pursuit of basic liberty and strict adherence to the Constitution was stronger than ever.

“It’s coming about, not only because I believe we’re right on the issues, but what is coming out right now is proof positive that their philosophy of government — foreign policy, monetary policy or economic policy — is failing and they need to do something different,” Paul said during the daylong gathering.

The daylong gathering was a watershed event for Paul, 77, who is not seeking reelection after serving more than two decades representing Texas in the U.S. House.

His third presidential bid did not win a single state. But after years of being scorned for his obsession with monetary policy and spending, Paul has seen some of his ideas become part of mainstream Republican thought, such as auditing the Federal Reserve and sharply reducing the national debt.

And his supporters will be a force at the Republican National Convention, now scheduled to start Tuesday. Despite his lack of electoral success, his followers worked obscure state and local party rules to send hundreds of supporters to the gathering.

Paul doesn’t have the delegate numbers to derail Mitt Romney’s nomination, and he has urged his supporters to behave civilly, but how they will act remains uncertain.

The passion of Paul’s followers forced Republican leaders to walk a careful line — being respectful of the Texas congressman while using the rule-making process to effectively stop his name from being placed in contention, and making it harder for future grass-roots candidates.

Paul’s anger at their moves was evident. “They’ve learned how to bend the rules, break the rules, and now they want to rewrite the rules,” he said.

He said their actions were futile for two reasons — because they so far overstepped the bounds by concentrating decision-making in the hands of a few that others are joining Paul’s cause, and because their place in the party is inevitable.

“We’ll get into the tent, believe me, because we will become the tent eventually,” he said.

Paul turned down an invitation to speak at the convention because he refused to endorse Romney and allow Romney’s campaign to vet his speech.

“It wouldn’t be my speech,” Paul told the New York Times. “That would undo everything I’ve done in the last 30 years. I don’t fully endorse him for president.”

The convention plans to show a video tribute to Paul on Wednesday night, and his son, Sen. Rand Paul of Kentucky, will speak then.