Summerfest in Hampton Declared a Success

This news story was published on August 13, 2012.
Advertise on NIT • Subscribe to NIT 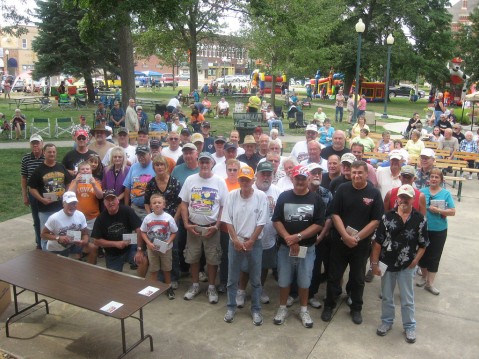 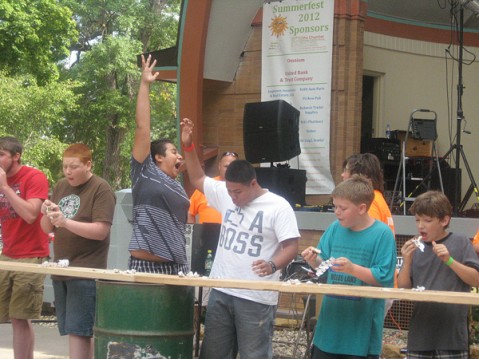 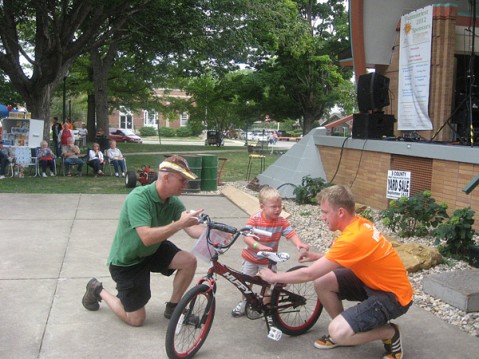 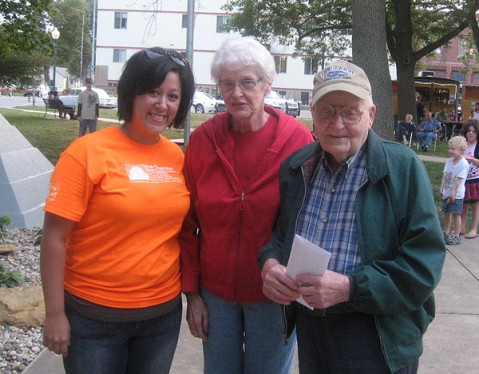 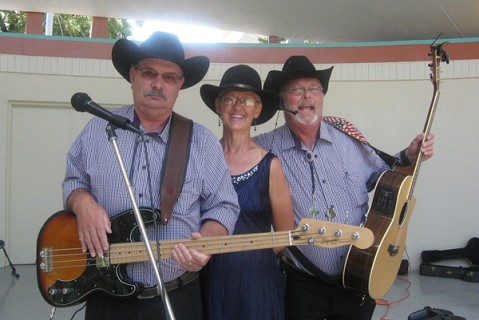 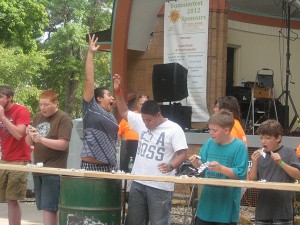 HAMPTON – Nice weather and lots of sunshine provided the background for a marvelous Summerfest Weekend in Hampton. Two days of fun and frolic, inflatables, classic cars, live music and lots of kids made for a good time for all.

(PHOTO: Many kids (and adults) joined in the Ice Cream Eating Contest and wolfed down ice cream sandwiches provided by Fareway. The overall winner was Lalo Ramirez (pictured with hand high in the air), Jason Tello was second and Connor Donaldson came in 3rd.) 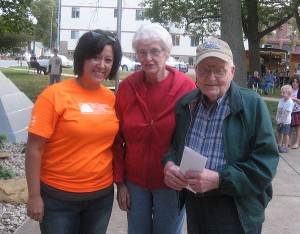 The 50/50 Raffle winner was Howard Uhl. Mr. Uhl won $300 in Chamber Bucks and a year’s supply of toilet paper. He then donated $100 of his winnings to the Windsor Theatre Capital Campaign to raise funds to install a new digital projector. (PHOTO: Kimmy Spurgeon, Mr and Mrs Uhl.)

Dennis Borcherding also won a year’s supply of toilet paper. Why toilet paper? Greater Franklin County has committed to buying one product local and toilet paper is that product that everyone uses. Jaspersen Insurance and Real Estate gave away a bicycle to one lucky winner . When his name was announced he ran through the crowd like a streak of lightning and bounced up the steps on stage to claim his bike. There wasn’t any kid more excited in the crowd! 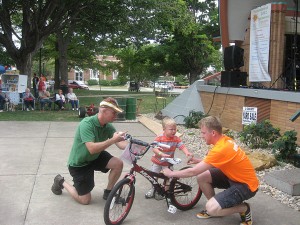 (PHOTO: Wilson Maifeld, son of Mitch and Amy Maifeld, won the bicycle from Jaspersen’s Insurance and Real Estate Ltd.  Wilson is from Fleming, Ohio and the grandson of Arlene Maifeld and Ken and Sue Anderson. There wasn’t another kid in the audience who was more excited than he was!)

Entertainment was provided over the course of two days, and it was lively indeed. Friday night saw Special K, deejay liven up the crowd and get everyone out and dancing. Orange Possum gave a fashion show and Dancin’ with Roxie dancers showed off their tumbling skills. A local favorite, Two Juhls and a Gem entertained over lunch hour on Saturday following the Old Fashioned Sing Along led by Dawn Groszkruger. The Whitesidewalls closed out the event with their lively renditions of 50’s and 60’s favorites.

(PHOTO: Two Juhls and a Gem) 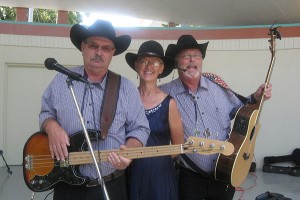 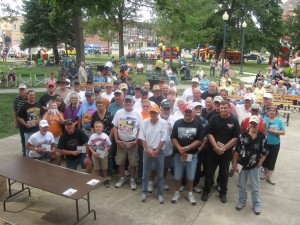 The KLMJ Tractor Ride showed up at noon on Saturday with plenty of tractors and lots of hungry drivers. Food vendors included Breadeaux Pizza, Wholly Smoke, A and G Concessions and the Hampton Senior Center.

The Pedal Pull is always a favorite and this year was no different. The winners in each age division were Max Homerding, Hudson Hansen, Calista Polk, Jaden Castorena, Melody Sparks and Jackson Polk.

You can view more pictures at the Greater Franklin County Chamber Facebook page. Norm Holm provided live commentary all weekend, and Mike and Heather Holm shared their music with the audience.