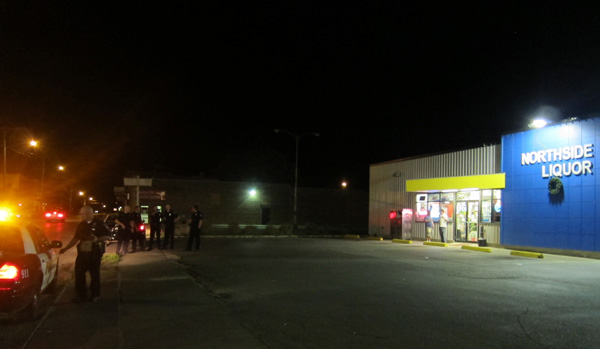 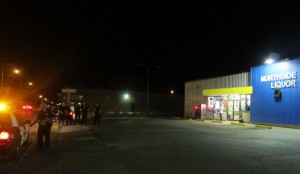 The Mason City Police Department responded to a report of shots being fired in the parking lot of Northside Liquor Wednesday evening at about 11 PM.  Upon arrival, several individuals had already fled the area.  Witnesses described  that someone had fired a gun at a vehicle in the parking lot.  A short time later, officers located a vehicle registered to Malaisha Brown of Forest City with a bullet hole in the hood area of her 2008 Pontiac.  Investigators a short time later arrested Kenneth Donjuan May, 20, of Mason City.

May was charged with one count of terrorism by intimidation with a dangerous weapon and one count of carrying a concealed weapon.

Terrorism is a class C felony punishable by up to 10 years in prison and a $10,000 fine.  Carrying a concealed weapon is an aggravated misdemeanor. 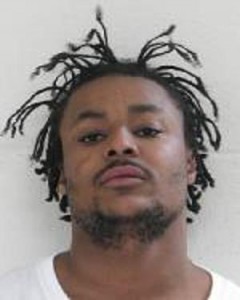 Inside the store, employees were tight-lipped about the incident and would only say that “everyone is OK” and “no one was hurt.”  Officers were watching surveillance video on a TV screen in front of the cash register.  It appeared that two groups of African-American males were having words in the video before they asked me to stop watching.

Across the street, one man said an officer told him that Northside Liquor had been robbed but the MCPD was not confirming that just yet.  An officer told me that a press release would be forthcoming in the morning with more details.

UPDATE: More sources are saying that a car was shot at and it had at least one bullet hole in it.  Another person said that the altercation began inside the liquor store and spilled out into the parking lot. 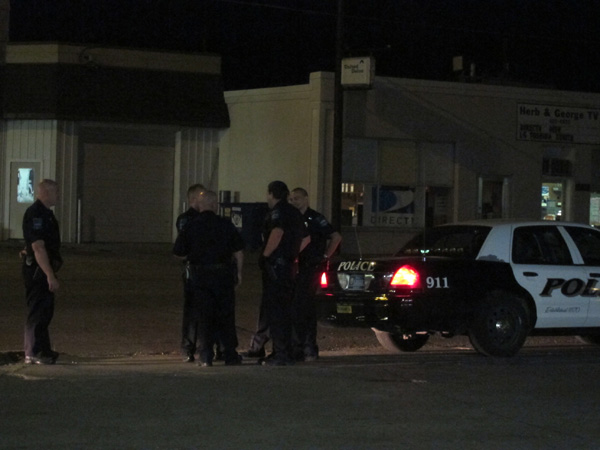