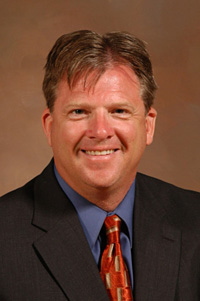 FOREST CITY, Iowa, June 1, 2012 — Winnebago Industries, Inc. has announced the retirement of Raymond M. Beebe from the position of vice president, general counsel and secretary, and the election of Scott Folkers to that position, effective June 1, 2012.

Folkers (pictured, top), 50, joined Winnebago Industries in August, 2010, as assistant general counsel.  He received his Bachelor of Business Administration degree from the University of Iowa and his Juris Doctorate degree from the University of South Dakota, College of Law, in Vermillion, South Dakota. Prior to joining Winnebago Industries, Folkers was employed as in-house counsel for John Morrell & Co., in Sioux Falls, SD.  Prior to that, he worked as an associate attorney for Woods, Fuller, Shultz and Smith PC in Sioux Falls.  Folkers is a member of the Iowa Bar Association, an inactive member of the South Dakota Bar Association, and is a member of the board of directors of the Iowa Self Insurers Association.  A native of Waverly, Iowa, Folkers, his wife, Dana, and their two sons, Tim and Jake, reside in Garner, Iowa. 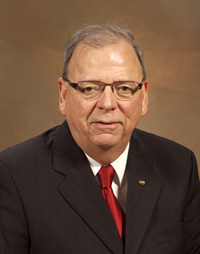 Beebe (pictured, below), 70, joined Winnebago Industries in 1974. He received his Bachelor of Business Administration degree from Iowa State University in 1964 and his Juris Doctor degree with distinction from the University of Iowa College of Law in 1967.  He is a member of the American, Iowa and Winnebago County Bar Associations, in 1967 he was a founding member and first Chairman of the Recreation Vehicle Industry Association (RVIA) Lawyer’s Committee.  RVIA will be presenting Beebe with its National Legislative Award at a meeting to be held in Washington, D.C. on June 11, 2012. Beebe is an extraordinary volunteer within the community and has served in a multitude of local organizations and charities, receiving many prestigious awards with his service, particularly with foster care, youth services and mentoring youth.  Beebe has agreed to continue to provide legal consulting services for Winnebago Industries on an as-needed basis.