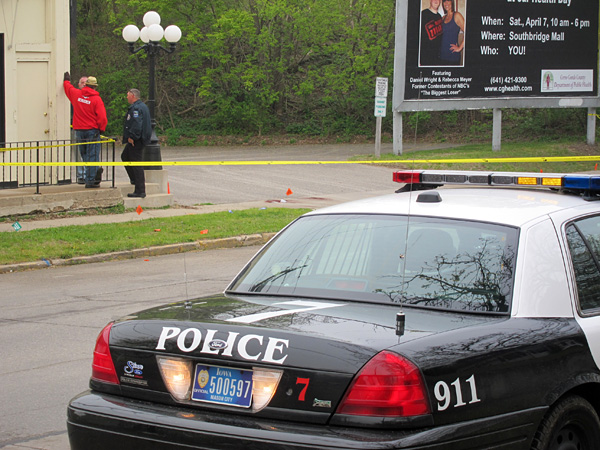 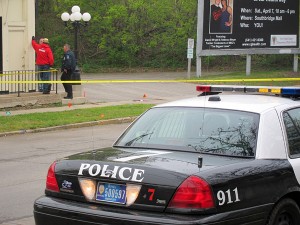 MASON CITY – There was a fatal stabbing in Mason City early Saturday morning.

Details are still unfolding, but sources tell NIT that at about 3:00 a.m. a 24 year old person was stabbed in the chest.

(PHOTO: Mason City police question people in the area of an altercation that led to the death of one person Saturday morning.)

The incident took at East State Street and Carolina Avenue.

Mason City Police and Fire Department responders were at the scene, and police were still collecting evidence.

Our source says one arrest was made.

A neighbor watching the scene Saturday morning said that he saw pushing and shoving once the police arrived.  “Everyone came out of that building,” the man said, pointing to an apartment complex at 602 East State Street.  “People wanted to ride in the ambulance, but it left really really fast.”  He said police were attempting to calm down the emotional scene.

More details as they are made available.  Mason City police were working on releasing information on the incident at 10:00 a.m.  SEE MCPD PRESS RELEASE, BELOW. 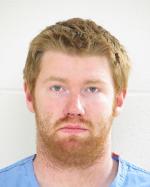 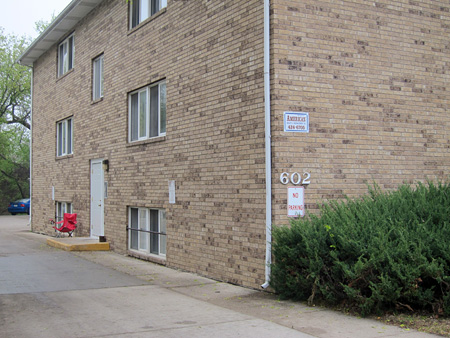 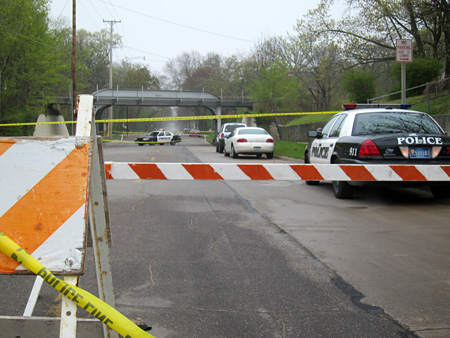 On 04/14/2012 at approx. 02:55 the Mason City Police Department responded to a report of a stabbing in the 600 block of East State St. upon their arrival they found a male who was later identified as 24 year old Ian Michael Decker of Mason City, on the ground with a serious stab wound.  Ian Decker was transported to Mercy Hospital by the Mason City Fire Department where he later passed away.

Officers stopped the suspect within a few minutes of the call on the East side of town.

Both Ian Decker and James Farnsworth knew each other, and the police department is not looking for any other suspects in connection to this case.

1st Degree murder is a Class “A” Felony¨

The Cerro Gordo County Sheriffs Department along with the Iowa Division of Criminal Investigation assisted in the investigation.