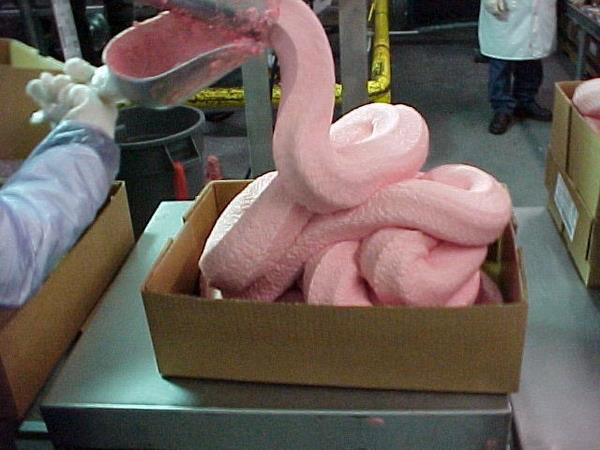 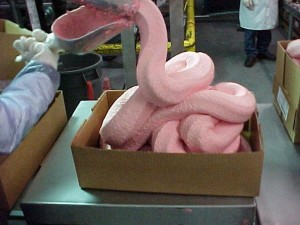 Branstad’s office on Wednesday said “the coalition of governors is joining forces to support the U.S. beef industry and set the record straight about lean finely textured beef” or what some people have now began to call “pink slime.”  Consumers became disgusted by the analogy and some stores have stopped incorporating the material in their ground beef or buying ground beef with it already added.

The Governors jointly said this on Wednesday: “Our states proudly produce food for the country and the world – and we do so with the highest commitment toward product safety.  Lean, finely textured beef is a safe, nutritious product that is backed by sound science.  It is unfortunate when inaccurate information causes an unnecessary panic among consumers.”

Thursday’s tour started in a side room, where Craig Letch, director of quality assurance, went through the steps of the process. He touched on the safety and nutrition components of the beef.  “What we produce is 100 percent beef,” he said. He claimed that an additive, ammonium oxide, is added to help fight against possible e. coli and other pathogens.

Two examples of raw beef material were brought out and shown to the governors. Two non-frozen packed finished products were also displayed for the officials.

The officials were then led on a walking tour through the plant after donning coats, hair nets and hats. Letch pointed out the various components of the process.

Accoridng to information released by Branstad’s office, “The governors pointed out that a lot of meat has higher fat content than the finely textured lean beef.”