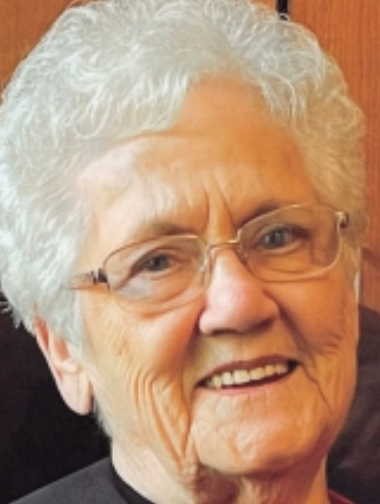 Beatrice (Bea) B. Pennington (DeBuhr) was born in Charles City, December 14, 1936, the daughter of William H. and Marjorie E. (Mooberry) DeBuhr. She attended and graduated from Rockford High School.

She married Earl V. Blakey Jr. on November 22, 1974. He was a farmer in Clear Lake, an electrician and maintenance manager for Holiday Inn in Mason City. He died September 28, 1999 from injuries of a car accident. They enjoyed many coastal trips to Florida. Bea was working as a school secretary at Madison Elementary during those years. She enjoyed being active in the meetings of the Mason City School Secretaries group. She was an active member of St. James Lutheran Church singing in the choir and working with Alter Guild. She especially enjoyed arranging flowers there or when anyone needed her help.

While working on her 50th high school class reunion she reconnected with Bruce Pennington a farmer from Rudd, and they were married August 1, 2004. While both were retired, they built a new home together in Mason City and spent time traveling with winters in Mesa, AZ and trips to Florida. They enjoyed cruising to Alaska with both families having a chance to get to know each other. A cruise through the Panama Canal and Hawaii. In later years they moved to Kentucky Ridge assisted living. In June of 2018 Bea moved to Good Shepherd to get assistance with her care for Alzheimer’s. She enjoyed their church services and any craft and flower arranging opportunities she was able to find.

She was preceded in death by her parents; second husband Earl V. Blakey; and granddaughter Leslie Monday.