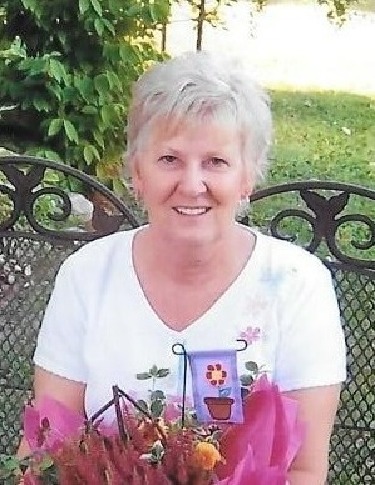 Faye Victoria (Goedken) Stambaugh, 76, of Northwood passed away peacefully on Monday, July 18, 2022 at the Lutheran Retirement Home in Northwood.

Faye was born on July 28, 1945, along with her twin sister Kaye in Dyserville, IA to Victor and Josephine Goedken. She attended school in Garnavillo, IA and received her Certificate of Cosmetology from Dubuque Beauty Academy in 1964. She moved to Cedar Rapids, IA with her sister, Kaye and she worked in a beauty shop. It was in Cedar Rapids that she met the love of her life, William (Bill) Stambaugh. They were united in marriage on May 20, 1967 in Garnavillo, IA. They lived in Cedar Rapids then moved to Lisbon, IA where they had 3 boys – Kevin, Christopher, and Kenneth. In 1979, they moved their family to Northwood, IA, where Bill opened a Barbershop and Faye was a hairdresser at the nursing home. In 1983 Faye opened “Faye’s Fitness & Tanning” in Northwood along with Bill’s Barbershop. She retired in 2008, and she was able to enjoy time gardening, canning, sewing, and spending time with her grandchildren.