This news story was published on December 25, 2021.
Advertise on NIT • Subscribe to NIT 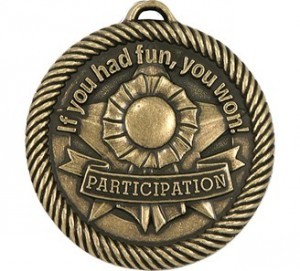 CEDAR RAPIDS – Two Alliant Energy line workers received the Governor’s Lifesaving Award for their courage and bravery after helping to save the lives of four Iowans during two separate incidents – a house fire and a home explosion. Iowa Governor Kim Reynolds presented the awards to Customer Service Mechanic Danny Gutschenritter and Service Responder Alex Schwenke during a ceremony on December 16 at the Iowa State Capitol in Des Moines.

“We are very proud of Danny and Alex. Their ability to remain calm and composed in the face of danger helped save the lives of four people,” said Tracy McCampbell, director of operations at Alliant Energy. “Danny and Alex exemplify our company’s commitment to safety as well as our purpose to serve customers and build stronger communities.”

On May 26, 2019, Schwenke was dispatched to a home in Rose Hill, Iowa after a smart meter indicated a power outage. When he arrived at the address, Schwenke found a large pile of debris. It appeared the home had exploded and collapsed. After calling 911, he turned off the utilities to the area. The couple trapped inside the house saw his flashlight and started calling for help. Schwenke and firefighters then worked to rescue them.

“I thought I was going to a power outage, but I ended up being a first responder,” Schwenke said. “It felt great to help them out.”

The second incident took place months later in Creston, Iowa. On October 11, 2019, Gutschenritter arrived home from work to find a neighbor’s house was on fire and his neighbor was yelling for help through a window. Gutschenritter ran around the house, smashed a window with a brick and rescued a 12-year-old girl trapped inside. As thick smoke poured out of the windows, he ran to the other side of the home to help his neighbor escape. Once everyone was safe, Gutschenritter disconnected the utilities to make it safe for firefighters to put out the fire when they arrived.

“I just got lucky,” Gutschenritter said. “God put me in the right place at the right time.”

The Governor’s Lifesaving Awards are presented to those who have performed courageous acts in an attempt to save individuals who are in danger of losing their life or to individuals who unselfishly rendered service in a time of emergency.