This news story was published on October 1, 2021.
Advertise on NIT • Subscribe to NIT

On September 24, 2021, a federal jury convicted Darrius Decnan Redd, age 33, of Manchester, of sex trafficking an adult victim by force, fraud, and coercion; facilitation of prostitution; and distribution of a controlled substance to a person under the age of 21. Redd faces a sentence of at least fifteen years in prison and up to life. Redd was ordered to remain detained pending his sentencing in federal court.

According to court documents and evidence presented at the four and a half-day trial, Redd used deceptive and coercive tactics as well as physical force to compel a victim to engage in sex acts in exchange for money. Redd kept all of the proceeds from the victim’s sex acts. Redd trafficked the victim in Iowa City, Cedar Rapids, Waterloo, Clive, and surrounding areas in March 2020. Redd also supplied the victim with a controlled substance and posted advertisements for paid sex acts with the victim and other women on an escort website. Testimony and evidence revealed Redd had distributed controlled substances to other women and had attempted to recruit and/or compel other women to engage in commercial sex acts for his monetary gain. 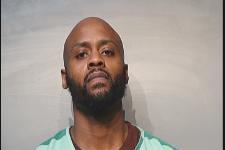