This news story was published on September 26, 2021.
Advertise on NIT • Subscribe to NIT

Breece Hall ran for 180 yards and two touchdowns on 24 carries for Iowa State (2-2, 0-1 Big 12) and caught five passes for 51 yards, including a 16-yard score in the final minute that was followed by a failed two-point try. The Bears recovered the onside kick and ran out the clock. Gerry Bohanon threw for two touchdowns and ran for another for Baylor.

The Bears (4-0, 2-0) scored touchdowns on their first three possessions and never trailed again. Bohannon ran for an 8-yard touchdown, then found Tyquan Thornton along the left sideline for a 21-yard TD and Ben Sims behind the Iowa State secondary for a 33-yard score to give Baylor a 21-7 lead seven seconds into the second quarter.

Bohannon finished 14 for 19 for 164 yards and rushed for 36 yards. Treston Ebner returned a kickoff 98 yards for Baylor’s only touchdown of the second half with 6:59 left in the third quarter. Brock Purdy was 22 for 33 for 263 yards and a touchdown. He was also intercepted once, stopping a drive at the Baylor 22 with 11:55 left in the game.

UP NEXT
Iowa State will return home to meet Kansas on Oct. 2. Kickoff is set for 6 p.m. on FS1. 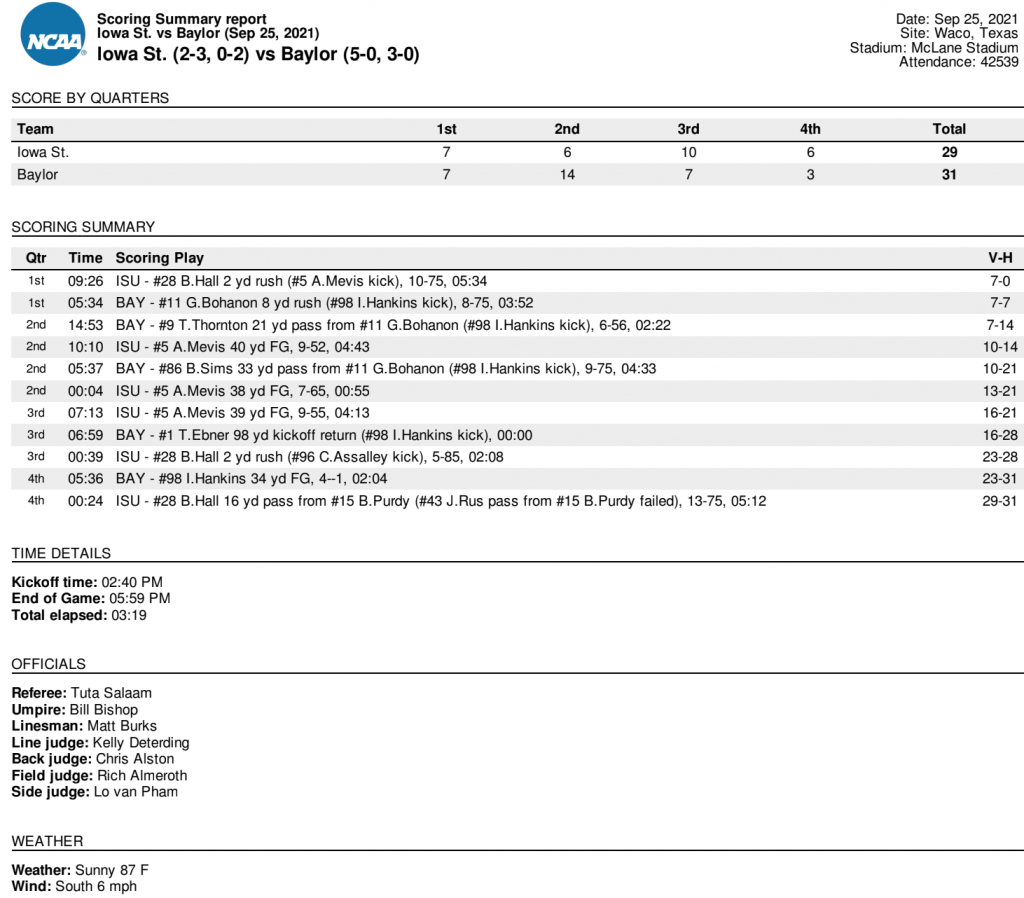