CEDAR RAPIDS – A Waterloo man, who was involved in the importation and distribution of thousands of kilograms of methamphetamine was sentenced today, July 19, 2021, to nearly 29 years in federal prison.

Evidence at the plea and sentencing showed that in 2018, investigators conducted controlled buys of ounce-quantities of methamphetamine from Werkmeister. The transactions took place at Werkmeister’s Waterloo residence. In 2019, investigators conducted a wiretap investigation wherein they intercepted thousands of calls and messages between Werkmeister and other members of the drug-distribution organization. Werkmeister was intercepted discussing methamphetamine shipments with co-conspirators, including the head out of the organization, who was based out of Mexico. Werkmeister would receive pound to kilogram quantities of methamphetamine at a time and would redistribute to multiple people in the Waterloo, Iowa, area, who would in turn sell to others. Werkmeister has a lengthy criminal history, dating back to 2005. He has at least three felony convictions and three convictions wherein he assaulted one other person. 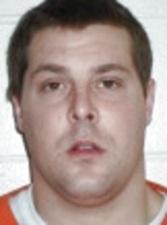