This news story was published on July 19, 2021.
Advertise on NIT • Subscribe to NIT

CEDAR RAPIDS – A convicted felon, who possessed drugs he intended to distribute and a gun inside a Wal-Mart, was convicted by a jury on July 13, 2021, after a two-day trial in federal court in Cedar Rapids.

Sylvester Cunningham, age 41, from Blue Island, Illinois, was convicted of being a felon in possession of a firearm, possessing crack and powder cocaine with the intent to distribute, and possessing a firearm in furtherance of a drug trafficking crime. The verdict was returned following about six hours of jury deliberations.

The evidence at trial showed that at about 11:00 A.M. on August 7, 2020, Cunningham, who was in a wheelchair, entered the vestibule of a Wal-Mart store in Cedar Rapids. Cunningham moved from his wheelchair into a Wal-Mart electric shopping cart. A short time later, while helping Cunningham look for a lost cellphone, a Wal-Mart employee lifted the cushion of Cunningham’s wheelchair and saw a .357 caliber revolver.

The employee alerted an off-duty Cedar Rapids Police Department officer who was providing security for the store. The officer retrieved the gun. After finding out that Cunningham was on federal supervised release for a prior gun charge, police officers arrested him. While searching him as part of the arrest, officers located thirteen individual baggies of crack and powder cocaine concealed in Cunningham’s clothing.

Sentencing before United States District Court Judge C.J. Williams will be set after a presentence report is prepared. Cunningham was taken into custody by the United States Marshal after the verdict was returned and will remain in custody pending sentencing. Cunningham faces a mandatory minimum sentence of five years’ imprisonment and a possible maximum sentence of life imprisonment, a $1,500,000 fine, and up to life on supervised release following any imprisonment. 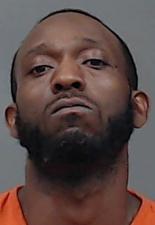