This news story was published on July 15, 2021.
Advertise on NIT • Subscribe to NIT

On July 10, 2021, at approximately 4:20PM, the Fayette County Sheriff’s Office conducted a traffic stop in the 100 Block of S Frederick Avenue in Oelwein.  After an investigation,  Ashley Simone Jennings, 28 of Denton, Texas, was arrested and charged with Possession of a Controlled Substance marijuana 1st offense, a serious Misdemeanor. A search warrant was applied for and executed on Jennings’ vehicle.  Multiple firearms and more controlled substances were located and seized from vehicle.  Jennings was transported to Fayette County Jail, where she was held until initial appearance.  This case remains under investigation. 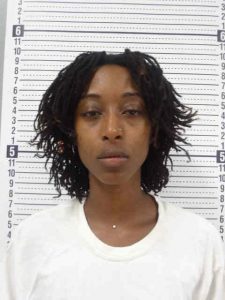