This news story was published on June 18, 2021.
Advertise on NIT • Subscribe to NIT

CEDAR RAPIDS – An Iowa man a judge called an “extreme danger” and a “violent menace” has been sent to prison.

Nyle Brocks, age 28, from Cedar Rapids, Iowa, received the prison term after a guilty plea to possessing a firearm after being convicted of domestic violence. Statements at sentencing indicated that Brocks participated in stealing the gun prior to his unlawful possession of it and also violently resisted arrest.

At sentencing, the judge noted that Brocks had 16 prior state court convictions for violent offenses and was both a “violent menace” and an “extreme danger.” The judge further found that “every day Brocks was out of circulation was a slightly safer day for society in Cedar Rapids.”

Brocks was sentenced in Cedar Rapids by United States District Court Judge C.J. Williams. Brocks was sentenced to 115 months’ imprisonment. He must also serve a three-year term of supervised release after the prison term. There is no parole in the federal system. Brocks is being held in the United States Marshal’s custody until he can be transported to a federal prison.

The case was prosecuted by Assistant United States Attorney Jake Schunk and investigated by the Cedar Rapids Police Department and the Federal Bureau of Investigation. 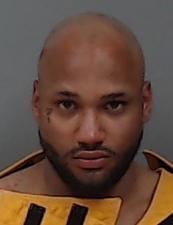