This news story was published on June 13, 2021.
Advertise on NIT • Subscribe to NIT

CEDAR RAPIDS – A man who stole a semiautomatic firearm with a 16-round magazine from Fleet Farm in Cedar Falls, Iowa, and ran from the store was sentenced today to five years in federal prison.

Dalyn Jamil Culp, age 19, from Waterloo, Iowa, received the prison term after a December 11, 2020 guilty plea to theft of a firearm from a federal firearms licensee.

In a plea agreement, Culp admitted he stole a Smith and Wesson 9mm pistol from Fleet Farm in Cedar Falls on February 27, 2020, and fled from the store. Law enforcement was able to find photographs on Culp’s cell phone where he was wearing pants that matched the pants worn by the perpetrator in the surveillance video obtained from Fleet Farm. There was also a video of a firearm with the same make and model as the stolen gun, as well as a photograph of the Fleet Farm barcode attached to the same make and model of firearm which was stolen.

Culp was sentenced in Cedar Rapids by United States District Court Judge C.J. Williams. Culp was sentenced to 60 months’ imprisonment and fined $100. He was ordered to make restitution to Fleet Farm. He must also serve a three-year term of supervised release after the prison term. There is no parole in the federal system.

Culp is being held in the United States Marshal’s custody until he can be transported to a federal prison. 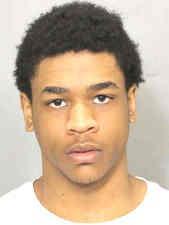