DAVENPORT – An Iowa man is charged with kidnapping and murder in the disappearance of a ten-year-old girl.

“While announcing charges is a significant step in this case, it is important to understand that bringing forth charges is not the end of this process, but the beginning,” said Scott County Attorney Mike Walton. “We will continue to work tirelessly to seek justice for Breasia.”

“I want to recognize our investigators who have spent countless hours over the past ten months working on this case,” said Criminal Investigation Division Commander Captain Brent Biggs. “This case has been difficult on our investigators, and on their families, and it is due to their hard work and dedication that we are able to bring forth charges in this case. Because of their unrelenting effort, justice will be sought on behalf of Breasia,” added Criminal Investigation Division Deputy Division Commander Lieutenant Kyle Chisholm.

The Davenport Police Department also thanked the many agencies and community members that assisted with both the search for Breasia and the subsequent investigation, including the Iowa Division of Criminal Investigations, the Federal Bureau of Investigation, Scott County Sheriff’s Office, Clinton County Sheriff’s Office, and more than 20 other public safety agencies. In addition, hundreds of community members volunteered in the search for Breasia throughout Scott County and Clinton County.

“The Davenport community has been tremendous in assisting investigators with this case, from volunteering for large scale searches to the hundreds of tips that were submitted by the public, and we are thankful for their outpouring of support,” said Biggs. “I would also like to acknowledge Breasia’s mother, Aisha Lankford, who has been cooperative throughout this entire process. We cannot imagine the grief she has experienced and our thoughts and prayers remain with her and Breasia’s family.”

Ten-year-old Davenport resident Breasia Terrell was reported missing to the Davenport Police Department on July 10, 2020. She was last seen in the early morning hours of July 10, 2020 near the 2700 block of East 53rd Street. 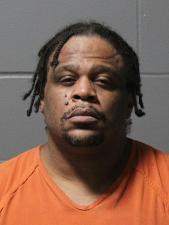