This news story was published on April 9, 2021.
Advertise on NIT • Subscribe to NIT 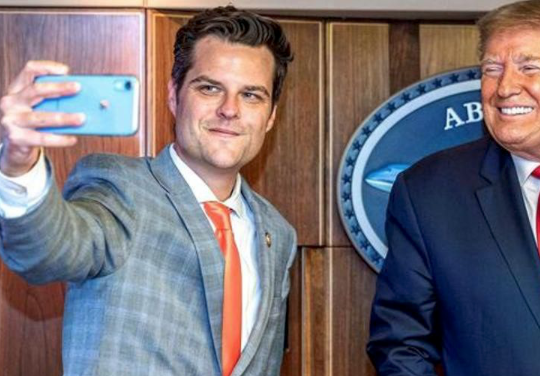 WASHINGTON, D.C. – The U.S. House of Representatives Committee on Ethics is investigating Rep. Matt Gaetz after a series of lurid accusations surfaced in recent weeks.

The Chairman and Ranking Member of the Committee on Ethics (Committee) released the following statement:

The Committee is aware of public allegations that Representative Matt Gaetz may have engaged in sexual misconduct and/or illicit drug use, shared inappropriate images or videos on the House floor, misused state identification records, converted campaign funds to personal use, and/or accepted a bribe, improper gratuity, or impermissible gift, in violation of House Rules, laws, or other standards of conduct. The Committee, pursuant to Committee Rule 18(a), has begun an investigation and will gather additional information regarding the allegations.

The Committee notes that the mere fact that it is investigating these allegations, and publicly disclosing its review, does not itself indicate that any violation has occurred, or reflect any judgment on behalf of the Committee. No other public comment will be made on this matter except in accordance with Committee rules.

At least two members of Gaetz’s staff have resigned as the allegations continue to surface, and Gaetz has hreportedly hired a legal team. Gaetz made headlines as a Donald Trump die-hard supporter who mocked the Covid pandemic by wearing a gas mask into the House Chamber and other outlandish behavior, such as allegedly living with a young man he calls his “son”. One GOP Rep., Adam Kinzinger of Illinois, said Gaetz ‘needs to resign’ as the sex-trafficking investigation unravels.