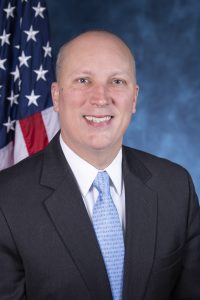 WASHINGTON — Rep. Chip Roy (TX-21) issued the following statement Sunday evening after objecting to the seating of members-elect from states where the results of the 2020 election results have been called into question:

Today, I objected to the seating of 67 of my colleagues, representing the delegations from six states: Arizona, Georgia, Michigan, Nevada, Pennsylvania, and Wisconsin.

I do not make this objection lightly and take no pleasure in it, but believe that I am compelled to do so because a number of my colleagues — whom I hold in high regard — have publicly stated that they plan to object to the acceptance of electors from those particular six states due to their deeply held belief that those states conducted elections plagued by statewide, systemic fraud and abuse that leaves them absolutely no way for this chamber or our constituents to trust the validity of their elections.

Such allegations – if true – raise significant doubts about the elections of at least some of the members of the United States House of Representatives that, if not formally addressed, could cast a dark cloud of suspicion over the validity of this body for the duration of the 117th Congress. After all, those representatives were elected through the very same systems — with the same ballot procedures, with the same signature validations, with the same broadly applied decisions of executive and judicial branch officials — as were the electors chosen for the President of the United States under the laws of those states, which have become the subject of national controversy. And while the legislatures of those states have sent us no formal indication that the results of these elections should not be honored by this body, it would confound basic human reason if the presidential results were to face objection while the congressional results of the same process escaped without public scrutiny.

While the Constitution and the 12th Amendment do not make Congress the judge of the states’ presidential electors, it does require us to be the arbiters of the elections to this body. If the electors for the office of the president were not in question, neither would be the election certificates of my colleagues present here today.

Free, fair, and credible elections are the bedrock of any legitimate, representative government. If we are to adequately address the controversy that currently surrounds our presidential elections, then we owe it to the American people to be consistent in our dealings to that end. Anything less would strip the current efforts of their legitimacy and make it look like a political stunt, rather than a good-faith effort to restore confidence in our electoral process.

Therefore, rather than merely accept the certification of members from those states by our traditional practice without a vote — in effect, by our consent — I believe our body should vote on the certification of those members to ensure the integrity of the House of Representatives is guarded from all suspicion of illegitimacy. I therefore objected and hope that the House leadership will expeditiously set a roll call vote —en bloc — so that our body can take a recorded vote on seating those members.

It is my sincere hope that my objection is not seen as an affront to any of these members personally — as some affected are among my dearest friends — and I regret that my objection may have disrupted what remains of the majesty of the swearing-in process, particularly for my incoming freshmen colleagues with family present. I further understand if my objection causes a colleague to object to my own seating and would welcome a vote in that event.

The father of our country, George Washington, famously called the Constitution — which his wisdom helped craft and guide to fruition — “the guide which I never will abandon.” The members of this body, bound by oath, owe it the same fidelity in this case and all others.