This news story was published on December 2, 2020.
Advertise on NIT • Subscribe to NIT 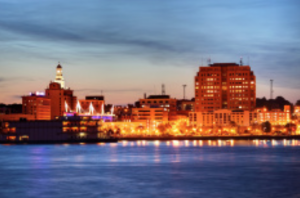 DAVENPORT – Two groups faced off in a mall in Iowa’s third-largest city, leading to a partial evacuation when shots were fired.

On Sunday, November 29, 2020, at approximately 11:41 AM, the Scott Emergency Communications Center received multiple 9-1-1 calls reporting shots fired, inside NorthPark Mall (320 W. Kimberly Rd). Preliminary information determined that two different groups of subjects were engaged in a verbal altercation in the northwest common hallway. The altercation escalated with one subject displaying a handgun and firing two shots towards the other group. All of the subjects fled the area.

Multiple law enforcement agencies responded to the scene. Upon arrival, officers located fired casings in the area of the dispute. No injured individuals were located on-scene.

A section of the mall was temporarily shut down during the incident, however, the mall is open to normal business. Officers were following-up on the incident and remained in the area of NorthPark Mall during business hours that day.